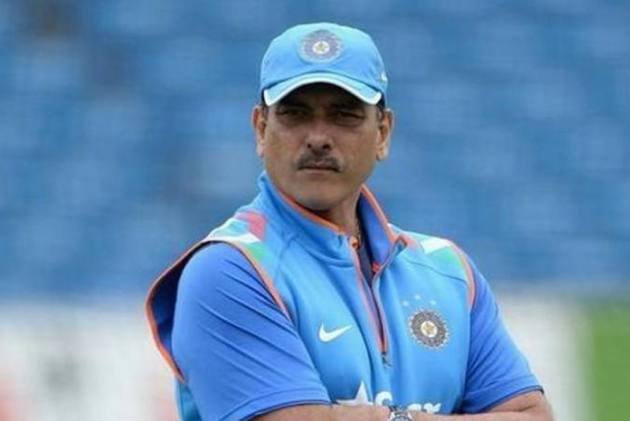 Former India national cricket team captain and current head coach Ravi Shastri turns 59 today (May 27). A man of his own, Shastri remains one of the 'biggest characters in the game. (More Cricket News)

In a playing celebrated career, the former all-rounder won a World Cup and was the Champion of Champions as India won the World Championship of Cricket in Australia in 1985, two years after their maiden world title at Lord's.

The former all-rounder scored 6,938 runs and took 280 wickets in international cricket while representing India in 80 Tests and 150 ODI matches. He famously hit six sixes in an over off-spinner Tilak Raj during a Ranji Trophy match between Bombay and Baroda in 1985.

After retirement, Shastri established himself as one of the prominent commentators, often coming up with his idiosyncratic description like the famous 'tracer bullet', and of course that famous line, "Dhoni finishes off in style. A magnificent strike into the crowd. India lifts the World Cup after 28 years."

And India players and fans flooded social media sites to wish the legend on his birthday.

Happy birthday to one of the biggest characters in the game of cricket, Ravi Shastri. @RaviShastriOfc pic.twitter.com/s8vMaai2cJ

#RaviShastri be like why you guys always troll me for my drinking habit remember me for Yuvi 6 sixes and world cup winning six commentary. pic.twitter.com/1ikWdI0SQO

This Man has a style people envy. Did everything at his own terms. He came, saw, conquered it all. Top Cricketer, Top Commentator & Analyst, Top Coach.....A gentleman. @RaviShastriOfc#happybirthdayravishastri #RaviShastri #Cricket

Happy Birthday, Ravi Bhai. May you keep uplifting our spirits both on and off the field. Wish you the best of years ahead. pic.twitter.com/9IfUUuWL3s

Best wishes to you on this day, praying for your good health, wealth & happiness!!

Shastri, who guided India to many memorable wins as a coach, including back-to-back Test series victories in Australia, will oversee Virat Kohli & Co when they take on New Zealand in the final of the inaugural ICC World Test Championship next month.