West Indies all-rounder Chris Gayle slammed 19 boundaries but couldn't help his side register a win as the Global T20 Canada match between Vancouver Knights and Montreal Tigers got abandoned due to bad weather. 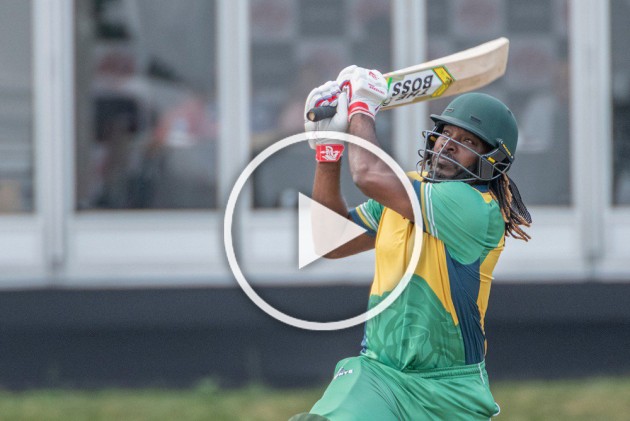 Chris Gayle once again hogged the spotlight after making opposition bowlers look silly in an unbeaten 122-run knock off 54 deliveries in a match between Vancouver Knights and Montreal Tigers in the Global T20 Canada. Representing the Knights, Gayle slammed seven fours and 12 sixes, helping his side post a gigantic total of 276/3, which is also the second-highest team total ever in T20 cricket.

Unfortunately, the knock couldn't notch the winning points as it got abandoned due to bad weather.

After the match, Gayle said, "I am not feeling any sweat. It's cool conditions. To get a hundred and to post 200 on the board, I'm happy with that. Can't be too safe here in Toronto because it's a good wicket, small ground as well. So, we have to start well. I wanted 200 personally, but that didn't happen in this game. Overcast conditions, so hopefully get a good bowl in and get the two points, but it won't be easy."

200 on @henrygayle's mind? Who all want to see that happen in #GT2019? pic.twitter.com/BhuRtcHgHo

Although the all-rounder was set to retire after the recently concluded 2019 Cricket World Cup, where West Indies crashed out of the league stage. But he seems to have had a change of mind, as he will don his country's colours during the ODI series against Virat Kohli's India.