Despite Germany's shock loss on Wednesday, coach Jaochim Low is not currently thinking about recalls for Thomas Muller and Mats Hummels. 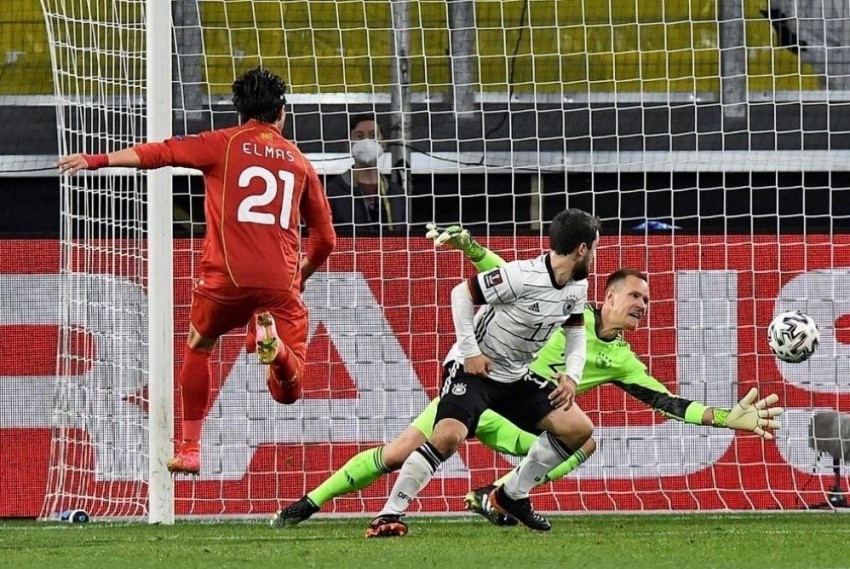 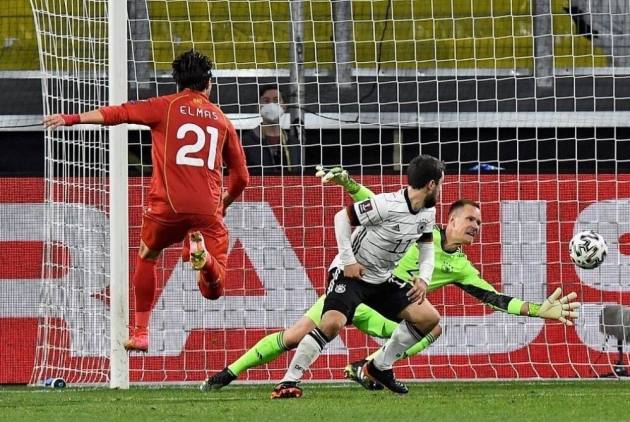 Joachim Low insisted it was not the right time to discuss possible recalls for Thomas Muller and Mats Hummels in the aftermath of Germany's shock 2-1 loss to North Macedonia. (More Football News)

Eljif Elmas scored late on in Duisburg - Ilkay Gundogan having earlier cancelled out Goran Pandev's opener from the penalty spot - to inflict a first World Cup qualifying defeat on Germany since September 2001 - a run spanning 35 matches.

The defeat leaves Die Mannschaft third in Group J, level on points with North Macedonia and three points behind pacesetters Armenia, who have won all three matches so far.

Speaking to RTL after the game, Bayern Munich honorary president Uli Hoeness suggested Low - who has announced he will end his tenure as head coach after Euro 2020 - should bring Muller and Hummels back into the national team.

The duo, as well as Bayern defender Jerome Boateng, have not played for their country since November 2018, but Low recently hinted each player remains in his plans for this year's tournament.

"Hummels is a player with strong aerial ability and someone who has a lot of experience," Hoeness said. "He can definitely give this team something.

"Muller also definitely belongs in the squad. He's always good for goals and can help any team in the world in certain situations."

Enis Bardhi dazzles, 37-year-old Gordan Pandev and 21-year-old Elif Elmas get the goals, and North Macedonia produce the shock of European #WCQ thus far and arguably the best result in their history in Germany. What a night to be Macedonian! pic.twitter.com/rZaRlWMP0S

But when asked again about those absent players after the North Macedonia game, Low told RTL: "This question cannot be answered now. The decision will be made in May. It is something to think about in the next few days and weeks."

The defeat for Germany was just their third ever in World Cup qualifying and leaves them with work to do when they resume their campaign in September.

There may well have been a different outcome on Wednesday had Timo Werner made more of a glorious chance that fell his way five minutes before Elmas' winner, the substitute forward dragging wide in a one-on-on opportunity.

"He has to score that, no question about it," Low said of Werner's late miss, coming from the Chelsea attacker's only touch of the ball in the opposition penalty area.

"He doesn't hit the ball properly, otherwise it's a goal. Timo blames himself the most. That was a bad moment in a period in which we were on top in the game."

Low had previously criticised his players for their profligacy in the 1-0 win over Romania on Sunday, which followed on from a 3-0 victory at home to Iceland.

Germany had 11 shots against North Macedonia but tested visiting goalkeeper Stole Dimitrievski with just two of those, with Serge Gnabry - the match-winner against Romania last time out - wasting two chances of his own in the first half.

"There is no magic formula," Low said. "You can train all you want, but it is difference in a competitive match. We were too hesitant to finish.

"We weren't consistent. With the score at 1-1, Timo had that huge chance. We have to look back at the chances and talk about it."

Gundogan had drawn Germany on level terms but his side were caught out at the back for a second time for the winning goal.

"The fact is, that should not be happening," Gundogan said. "It felt like they were in front of our goal twice and scored twice - it was too easy for them.

"We had many chances and only scored one goal. We didn't defend well with either goal - twice they had a man in the middle completely free.

"I leave with a bad feeling. It hurts all the more that we won't play again for three months. We have to get in top form by the end of May and prepare for the Euros."