French Open: Naomi Osaka Has A Responsibility To Speak To The Media - WTA 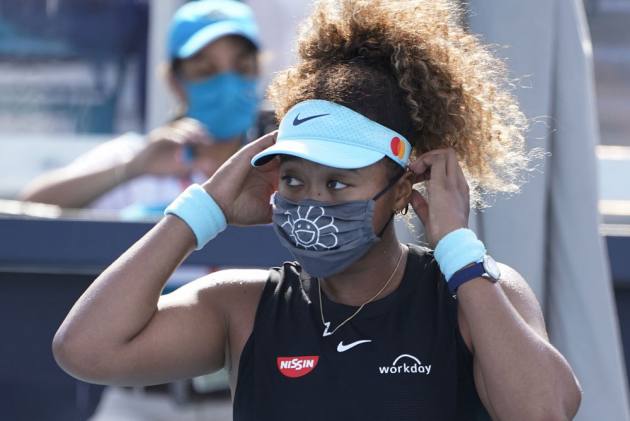 The WTA says Naomi Osaka has a "responsibility" to her sport to speak to the media after the world number two opted to snub the press at the French Open. (More Tennis News)

Japanese sensation Osaka this week stated she would not face the media at Roland Garros as "people have no regard for athletes' mental health" during press conferences.

The WTA on Friday stated that it would welcome dialogue with Osaka over possible approaches to support players, but the organisation says the four-time grand slam winner should speak to journalists.

"Mental health is of the utmost importance to the WTA and for that matter, every individual person. We have a team of professionals and a support system in place that look after our athletes' mental and emotional health and well-being," a WTA statement said.

"The WTA welcomes a dialogue with Naomi (and all players) to discuss possible approaches that can help support an athlete as they manage any concerns related to mental health, while also allowing us to deliver upon our responsibilities to the fans and public.

"Professional athletes have a responsibility to their sport and their fans to speak to the media surrounding their competition, allowing them the opportunity to share their perspective and tell their story."

Osaka said she wants fines she will be hit with for her media snub in Paris to go to a mental health charity.

She explained in a social media post on Wednesday: "I'm writing this to say I'm not going to do any press during Roland Garros.

"I've often felt that people have no regard for athletes' mental health, and this rings true whenever I see a press conference or partake in one."

Osaka added: "We're often sat there and asked questions that we've been asked multiple times before, and I'm just not going to subject myself to people that doubt me."

World number one Ash Barty told the media when asked about Osaka's stance on Friday: "We know what we sign up for as professional tennis players. I can't really comment on what Naomi is feeling or her decisions she makes.

"At times press conference are hard of course but it's also not something that bothers me. Certainly doesn't keep me up at night what I say and hear or what you guys ask me."

Defending champion Iga Swiatek said: "I don't find it difficult. It gives us a chance to explain our perspective, so I think it's good."

He told L'Equipe: "It's a deep regret, for you journalists, for her [Osaka] personally and for tennis in general. I think this is a phenomenal mistake."

Moretton added that Osaka ignoring the media is a "very detrimental to sport, tennis and probably to her."