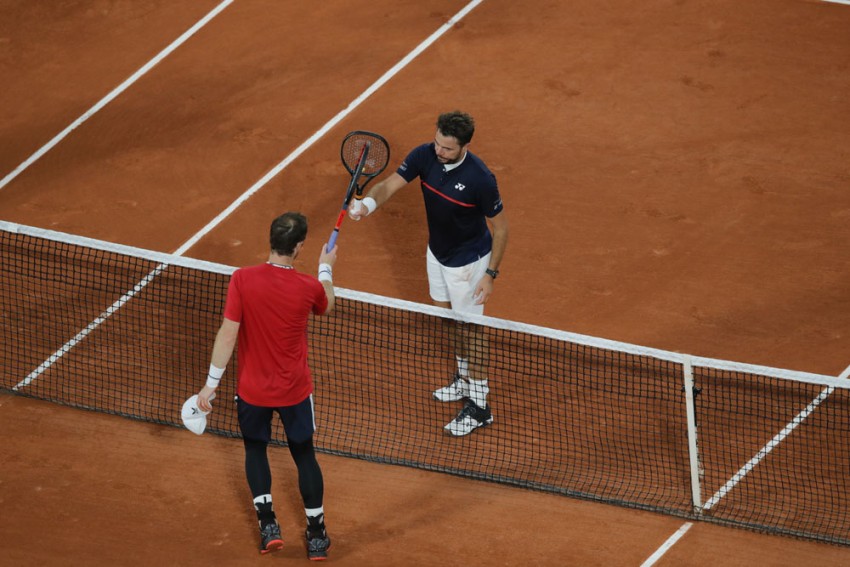 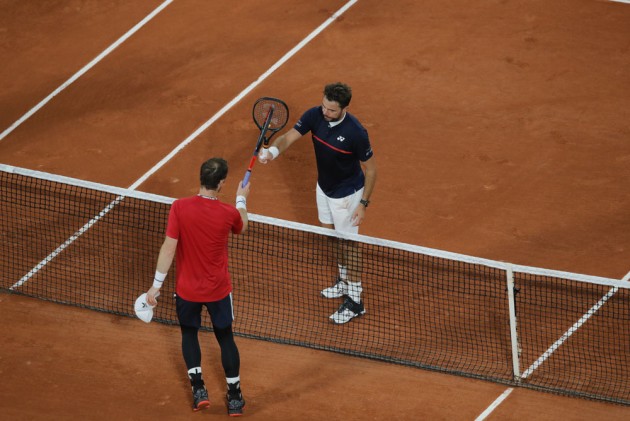 Andy Murray tasted defeat in his first match at the French Open in three years, going down in straight sets to Stan Wawrinka on the opening day of action at Roland Garros. (More Tennis News)

Competing in just his third grand slam singles match since the 2019 Australian Open due to hip surgery and the coronavirus pandemic, Murray could not live with the 2015 winner.

Wawrinka held serve throughout to prevail 6-1 6-3 6-2 in a time of one hour and 37 minutes as he set up a meeting with Dominik Koepfer in the second round.

Grand slam winners Murray and Wawrinka served up a treat when they met in the semi-finals here in 2017, but there was far less drama involved in this latest clash.

Wildcard entrant Murray lacked any sort of spark and looked subdued for the duration of the one-sided match as he failed to break his opponent's service game.

Wawrinka, who has himself slipped down the rankings, broke Murray in the third, fifth and seventh games as he eased into a one-set lead.

It was a similar case in the second set, with the Swiss continuing to dominate and earning an all-important break in the sixth game to leave Murray on the ropes.

And any hope of a fightback from Murray, as was the case in last month's five-set victory over Yoshihito Nishioka in the US Open first round, were soon ended for good.

Murray squandered three break points in the second game of the final set and Wawrinka did not look back, seeing out the game with an ace in an easier victory that expected.

A classy performance from @stanwawrinka!

Sinner caught the eye when becoming the first Italian to win the Next Gen ATP Finals 10 months ago and he is now making his mark in majors.

The 19-year-old won 11 games in a row en route to a convincing 7-5 6-0 6-3 victory and will now take on French qualifier Benjamin Bonzi in the next round.

"He maybe didn't feel that well on court," Sinner said in his post-match interview. "I felt well. I have just been trying to be focused."

British number one Evans was seeking his first win at Roland Garros but, dealt a tough hand against former world number four Nishikori, it was a fourth first-round exit in five years.

After a sluggish start that saw him drop the first set, Nishikori soon recovered and took a 2-1 lead in the contest, only for Evans to show good fighting spirit in the fourth set.

"The end result was that I lost," Evans said. "I lost another first round which is a little disappointing and now I get ready for the indoor hardcourts."

World number 23 John Isner made light work of Elliot Benchetrit, holding serve throughout in a routine 6-4 6-1 6-3 victory to set up a meeting with Sebastian Korda.

Borna Coric had less success against Norbert Gombos, though, the 24th seed exiting the tournament with a 6-4 3-6 6-3 6-4 defeat.

The US Open quarter-finalist lost serve in a gruelling third game and that was a sign of things to come against his stubborn opponent.

Gombos, who reached round three in 2017, recovered after losing the second set to get over the line and produce a big upset on an eventful opening day in Paris.

Watch Live, IPL 2020: Where To Get Live Streaming Of RCB Vs MI In Dubai