Ashleigh Barty prevailed in a topsy-turvy tussle to see off Amanda Anisimova in the French Open semi-finals. 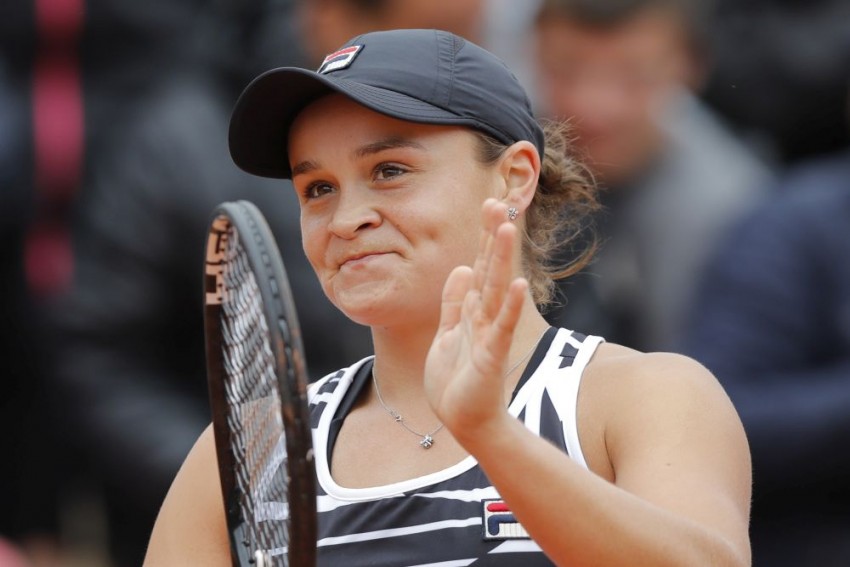 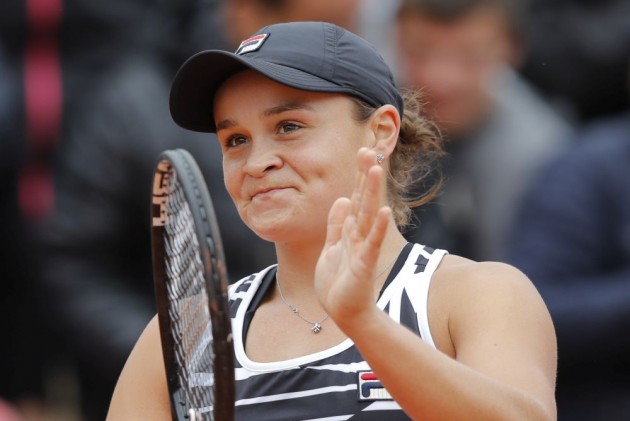 Ashleigh Barty advanced to her maiden grand slam final after edging out Amanda Anisimova in a remarkable French Open tussle at Roland Garros.

Barty led 5-0 in the first set and lost it, while a similar fate befell Anisimova in the second despite the American establishing a 3-0 lead.

The decider was a little more conventional as Barty held herself the better to set up a title decider against Marketa Vondrousova on Saturday. Vondrousova beat Johanna Konta 7-5, 7-6 (7-2) in a last-four clash.

Defeat will be tough to take for Anisimova, the 17-year-old looking to become the youngest finalist at a Grand Slam event since her childhood idol Maria Sharapova won Wimbledon in 2004 and the youngest in Paris since Martina Hingis in 1997.

She will undoubtedly have many more opportunities over the course of her career but this will feel like a golden chance wasted as she reflects on a match that perfectly encapsulated tennis' endearing capacity for shifts in momentum.

Much of the build-up centred around the tournament organisers' decision to stage the women's semi-finals away from the main arena, Court-Philippe Chatrier, but a sparsely-populated Court Suzanne-Lenglen seemingly did little to quell the obvious tension felt by both these first-time major semi-finalists.

Anisimova insisted pre-match she would "not be nervous at all" yet her performance in the early stages belied that claim as she appeared totally overwhelmed, wildly spraying the ball all over with an alarming lack of composure.

She won just one point in the opening four games as Barty broke twice - the second courtesy of a delicious drop shot - to establish a 4-0 lead inside 15 minutes.

And it prompted a remarkable turning of the tide. As Anisimova improved, Barty crumbled.

The World No. 51 rattled off five consecutive games to draw level and another sloppy forehand from Barty gave Anisimova the chance to serve for the set.

The nerves returned, however, and Barty hit back at the fourth attempt to take it to a tie-break which turned into a microcosm of the set as a whole.

Barty led 4-2 but then faltered as Anisimova came roaring back to win it with a blistering forehand down the line.

Barty looked temporarily beaten as Anisimova's charge continued, extending her winning streak on points to 17 to establish a 3-0 lead in the second set.

Perhaps sensing she was on the verge of a life-changing breakthrough, Anisimova went AWOL once again.

Credit Barty for digging deep but it was all too easy for the Australian as she promptly won six games on the trot to level the match.

Despite the first two sets dispelling most theories, the start of the decider felt like it could be pivotal, Barty taking an opening game on serve that lasted seven minutes.

And, although it was not immediately evident, it eventually proved to be the case.

Barty broke for 4-2 and, despite wasting three match points at 5-2, finally got the job done at the sixth attempt to go through in one hour and 53 minutes.