Bangladesh won the qualifying event in Scotland and as a result, they have been placed in Group A of the upcoming World Cup along with defending champions Australia, India, New Zealand, and Sri Lanka. 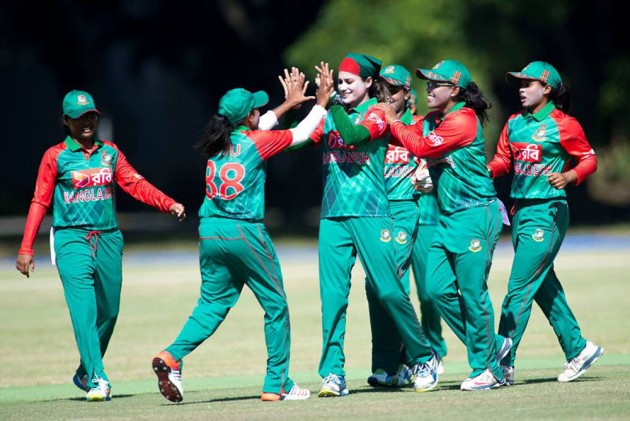 The final fixtures for the upcoming women's T20 World Cup were finalised on Sunday as both Thailand and Bangladesh qualified for the tournament after an impressive showing at the global qualifying event.

Bangladesh won the qualifying event in Scotland and as a result, they have been placed in Group A of the upcoming World Cup along with defending champions Australia, India, New Zealand, and Sri Lanka.

Thailand, who played their first women's international match 12 years ago, scripted history by qualifying for the tournament. They have been placed in Group B along with England, South Africa, West Indies, and Pakistan.

Here's how the groups for the #T20WorldCup shape up ðÂÂÂ pic.twitter.com/O2V9UqTSHd

"We know that both teams will receive fantastic support, from fans living here in Australia and those visiting from around the world," he added.

Thailand was able to enter the finals of the qualifying event, but they had to suffer a loss at the hands of Bangladesh by 70 runs.

They will take on West Indies in their opening match of the Women's World Cup on February 22, 2019.

On the other hand, Bangladesh will face defending champions Australia in their first match of the tournament on February 27.

The eight top-ranked teams based on finishing positions from the last ICC T20 World Cup in the West Indies in 2018, automatically qualified for the tournament, as fixtures involving those teams were announced in January this year.

Australia and India will lock horns in the opening match of the World Cup on February 21.

The final of the tournament will be played at the Melbourne Cricket Ground (MCG), on March 8 will is also known as International Women's Day.