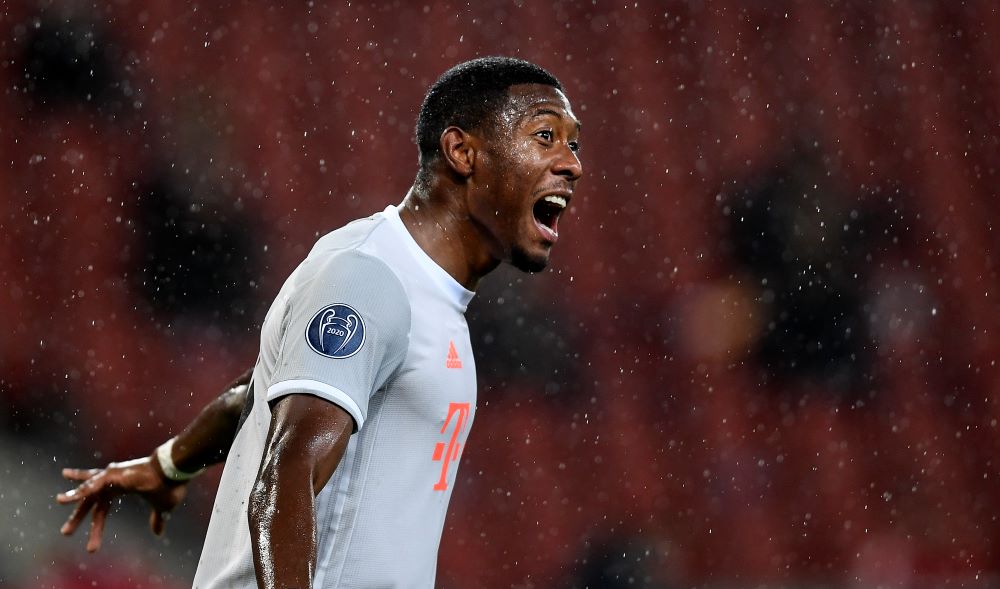 The future of stalwart defender Alaba is the hot topic in Bavaria as his deal expires at the end of the season and the club last week withdrew their offer of a renewal.

That move came after a deadline set by Bayern passed with no agreement in sight.

Even as Bayern - the reigning European champions - continued their 100 per cent start to their Champions League defence with a late flurry of goals in Salzburg on Tuesday, ultimately running out 6-2 winners, talk centred around Alaba.

Sporting director Hasan Salihamidzic has said Bayern must assume Alaba will depart, although Jerome Boateng claimed his centre-back partner had the squad's backing.

For Muller, the conversation feels familiar, as he suggested a similarity to a previous era at Bayern when the club was known as "FC Hollywood".

The World Cup winner is just happy Alaba is able to perform while the speculation entertains onlookers.

"The [Alaba] topic has been with us for a long time," Muller told Sky Sport. "The contract has still not been signed; there is nothing new.

"We'll see, I don't know. Let us be surprised by the future.

"He is his man on the pitch for the team and is not influenced by it. At Bayern, we sometimes want you to hear something.

"Regardless of the discussion, David cannot be influenced and performs well.

"It's also interesting for the audience - it's nice when it crackles a little. I used to enjoy reading that, too - FC Hollywood - and now you can watch it live."

Meanwhile, Bayern CEO Karl-Heinz Rummenigge weighed in with his assessment of the stalled negotiations, telling Bild: "We had a meeting two weeks ago with [Alaba's] father George and advisor Pini Zahavi.

"The conversation was okay, also atmospheric. But one also has to say we have been going in circles for months.

“At some point we have to start planning for the new season, we have to know: will David stay with FC Bayern or not?

"Therefore, a decision was important to us at this point."