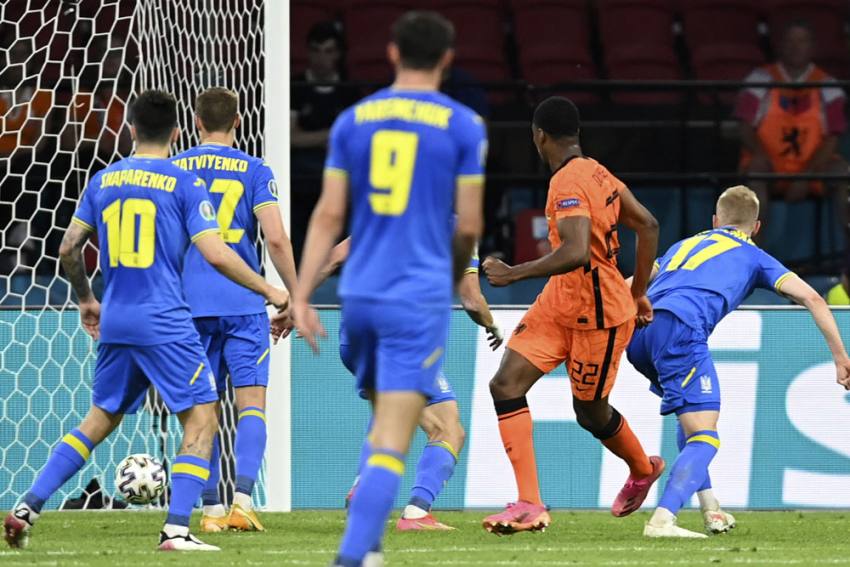 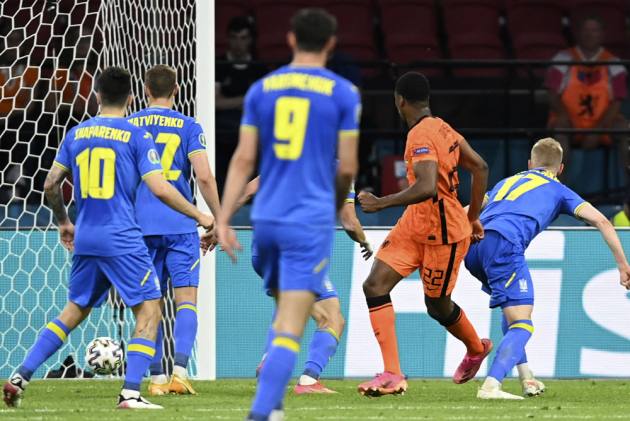 After missing an open chance in the first half, Dumfries helped set up two goals in the second and then headed in an 85th-minute winner on Sunday night to give the Netherlands a 3-2 win over Ukraine at the European Championship.

"I kept believing that a chance would come and then you have to be in the right place," Dumfries said.

"It wasn't my best match, but it was the most beautiful."

The winning header came only minutes after Ukraine had scored two late goals to equalize.

The victory vindicated Netherlands coach Frank de Boer's decision to play a 5-3-2 formation at Euro 2020 with Dumfries and Patrick van Aanholt as wingbacks instead of the 4-3-3 attacking formation favored by many Dutch fans.

"We dominated, created chances, and that is what we want to see," De Boer said.

The Dutch were playing in their first major soccer tournament in seven years. The last time was at the 2014 World Cup in Brazil, when they reached the semifinals.

Stand-in Netherlands captain Georginio Wijnaldum put the 1988 European champions in the lead in the 52nd minute with a powerful shot to ignite a five-goal second half. Wout Weghorst made it 2-0 in the 59th.

A cross from the right by Dumfries set up the first and his run into the box caused havoc in the Ukraine defense for Weghorst's goal.

"Fantastic evening for him," Wijnaldum said.

But the comfortable position was turned upside down by two defensive lapses in five minutes.

Ukraine captain Andriy Yarmolenko curled a left-footed shot over Maarten Stekelenburg in the 75th minute and Roman Yaremchuk dived in front of Weghorst to head in a free kick from the left four minutes later.

"You know he (Yarmalenko) has a famous left foot. We should have neutralised that," De Boer said.

The defensive frailty was not helped by the fact that center backs Virgil van Dijk and Matthijs de Ligt were both out injured. Van Dijk has been ruled out of the tournament with a knee injury but De Ligt is expected to be back for the team's next Group C match.

The Netherlands had dominated the first half but was denied by a series of good saves from Ukraine goalkeeper Georgiy Bushchan.

He first dived low to his right to stop a shot from Memphis Depay in the second minute and then blocked an effort from Dumfries three minutes later. He made his best save in the 39th minute, sticking out one hand to stop a volley by Wijnaldum that took a slight deflection on its way toward the goal.

Dumfries squandered the clearest Dutch chance a minute later when he headed a cross from Depay wide at the far post.

Ukraine, appearing in its third European Championship, has only won one match and has never progressed out of the group stage.

About 16,000 fans, all of whom had to show a negative COVID-19 test to get in, watched the Netherlands dominate the match at Johan Cruyff Arena until Ukraine's unlikely comeback.