EPL: Roberto Firmino Denies Having A 'Personal Battle' With Diogo Jota At Liverpool

Roberto Firmino does not feel as though his Liverpool future is under threat due to the form of Diogo Jota. 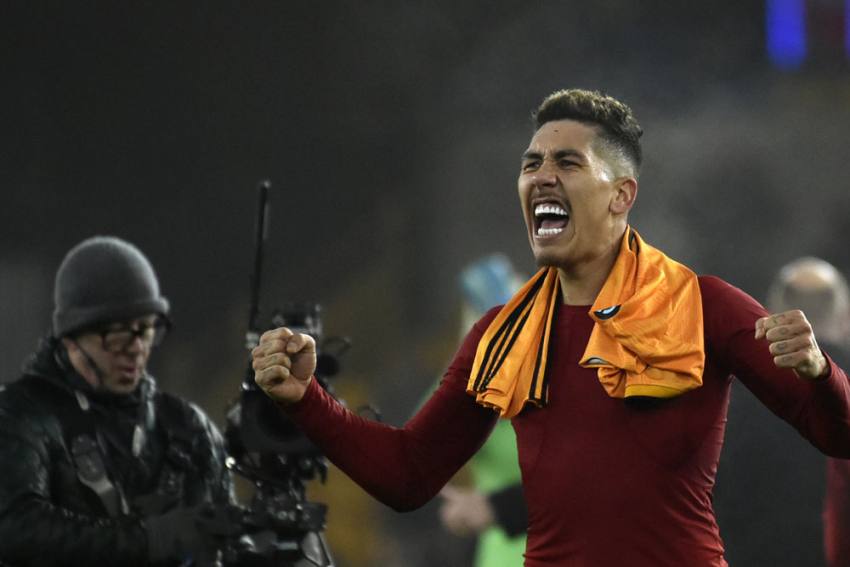 Roberto Firmino has denied he is locked in a "personal battle" with Diogo Jota for the number-nine spot at Liverpool. (More Football News)

Jota's form since his move from Wolves for a reported initial fee of £41million has been a huge positive for Jurgen Klopp.

The 23-year-old has scored three goals in six appearances in the Premier League and a further four in three Champions League games, including a hat-trick in the 5-0 win at Atalanta.

Although he has made two fewer appearances in the league than Firmino this season, Jota has attempted as many shots (13) as the Brazil international, who has scored just once.

That gives Jota a shot conversation rate of 27.3 per cent, far higher than Firmino's 14.3, while he also boasts a better conversion percentage when it comes to big chances (67 per cent compared to 50 per cent).

Such an impact has placed Firmino's position in the first XI under threat, but he insists he is not simply competing with the new signing for minutes on the pitch.

3 - Diogo Jota is just the second player to score in all of his first three @premierleague appearances for @LFC at Anfield, after Luis Garcia in October 2004. Magic. pic.twitter.com/0IbGXGl3IX

"Liverpool have a great squad of players, so earning a starting position here is not easy at all, and I am used to that," Firmino said ahead of Sunday's game with Leicester City, according to the Mirror.

"Diogo is an excellent footballer and another companion in the squad. We all work hard during the week and then the coach decides who comes out. So, I don't have any personal battle with him."

Firmino has become a mainstay in Klopp's plans thanks in part to his more selfless work alongside Mohamed Salah and Sadio Mane.

Indeed, the former Hoffenheim forward has created nine chances in the league this season - seven more than Jota - and has two assists, the most of any of the Reds' attackers in 2020-21.

Firmino thinks Liverpool's overall attacking strength gives them a forward line to match that of any team in the world.

"Liverpool's attack line is spectacular, and I would say comparable to any in the world, in any of the major leagues," he said. "Now this year I see it as being even better. And it's not emotion that makes me say this, but simply a result of looking at the statistics.

"As for me, I work hard in training – and then on the field, I do what Jurgen Klopp tells me. That is my working philosophy, always."

IPL 2020: Disappointed After Australia Snub, Suryakumar Yadav Let The Bat Do The Talking