England Want Gareth Southgate To Stay As Coach Beyond 2022

Gareth Southgate, whose only previous first-team coaching experience was three years at Middlesbrough until 2009, was promoted from his job overseeing England’s under-21 team 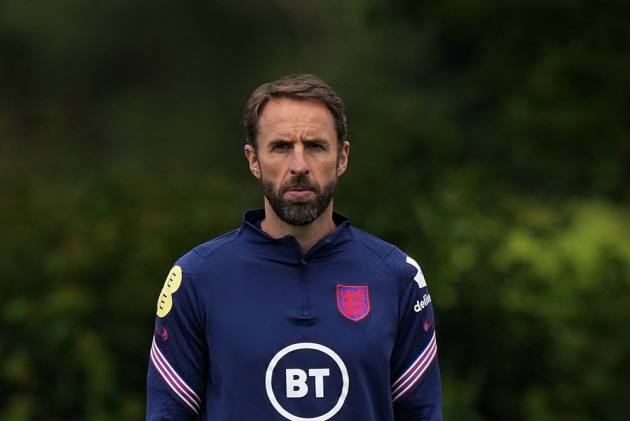 Regardless of how England's European Championship campaign ends, or even the team's showing at next year's World Cup, Gareth Southgate will be staying in the coach's job for years to come. (More Football News)

If the England team leadership has its way, at least.

Southgate is rated so highly that the Football Association already wants to extend his contract beyond 2022.

"We would love him to carry on, for sure, beyond this contract."

For now, the priority is England's match against Germany on Tuesday in the round of 16 at Euro 2020. But the expectation is Southgate will still be in charge for Euro 2024.

"Our support is unwavering … we are 100% behind Gareth," Bullingham said. "We'll get into that formal (contract) conversation after this tournament. But if you ask me now I'd say yes we'd like him to carry on."

Southgate has restored the reputation of the England national team from the lows of a humiliating Euro 2016 exit against Iceland in the round of 16 and the ignominy of Sam Allardyce's brief tenure. Allardyce, whose brashness and unguarded bar talk forced the FA to part company, lasted only one game as Roy Hodgson’s successor.

Southgate, whose only previous first-team coaching experience was three years at Middlesbrough until 2009, was promoted from his job overseeing England’s under-21 team.

By 2018, Southgate had led England’s men to the World Cup semifinals for the first time in 28 years. He impressed with the leadership he shown as a figurehead for the English game.

"He's such a strong manager both on and off the pitch, it opens up a whole array of different possibilities for him in the future," Bullingham said. "I think he could do anything in club world or FA world absolutely."

For now, the FA wants to keep the 50-year-old Southgate in the England dugout, rather than being attracted by a role at a club.

"I think he’s got a brilliant long-term career in football and I know he might have aspirations longer term,” Bullingham said.

"We're in a competitive world, I'm sure his name gets bandied around for every job. But as far as I know he’s really committed to the job and I think he’s doing it brilliantly."

The initial challenge is trying to win England's first major trophy since 1966, with the semifinals and final of Euro 2020 at Wembley Stadium. Then it's back to resuming the mission to qualify for next year's World Cup in Qatar.