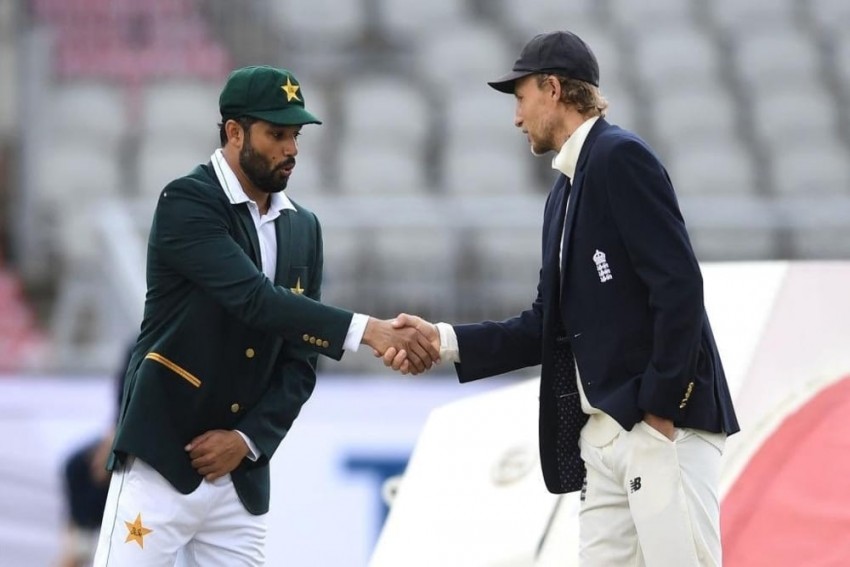 Azhar Ali has been in poor form with the bat for quite some time, having only registered 139 runs in his last 12 away Test innings.
Twitter
Outlook Web Bureau 2020-08-09T10:43:47+05:30 England Vs Pakistan, 1st Test: We Missed The Opportunity To Defeat ENG, Says Azhar Ali 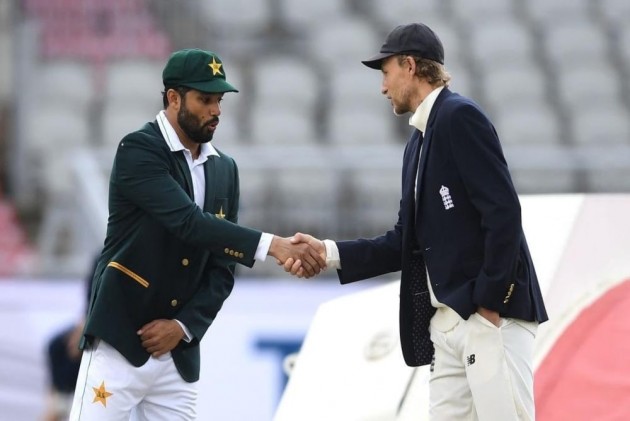 After looking set to defeat England at Old Trafford, Pakistan fell to a disappointing loss against the hosts in the first Test match. The home side won by three wickets, with captain Azhar Ali feeling that his side missed an opportunity to knock England out of the game.

"That is a missed opportunity. But only once has such a huge total ever been chased at Old Trafford. We were on top and with the tail coming in, we were sure we'd wrap it up if one more wicket fell. But they attacked from the off and snatched the game away from us. We do regret losing an opportunity to build partnerships in that second innings, which meant we couldn't set them a chase of 300-plus, and that was a factor in us losing," said the Pakistan test cricket captain.

He went on to add that Test cricket is hard, something which he knows by his experience. Ali also feels the partnership between Chris Woakes and Joss Buttler was crucial to England and had a lot of luck. Ali has also come under criticism, with Michael Atherton feeling that the players lack the experience to captain a team in such delicate situations. This was further supported by the visitor's poor fielding positions which led to England's victory.

The 35-year-old also has been in poor form with the bat for quite some time, having only registered 139 runs in his last 12 away Test innings, including three ducks. He has also failed to cross single digits eight times.

"After playing international cricket for ten years, I understand when I need to take certain decisions. When I bat, I'm not thinking about the captaincy, whether or not I'm out of form. And when I'm captain, I don't think about my batting at all, whether I scored a 100 or 0. That's the job of the captain. There's a lot of disappointment that we had this game in the palm of our hands, and we led at most points in the game, but that can happen sometimes. We've had a great record in England, it's a better record than any other Asian side has here. We should have won this game too, so I don't think we struggle in England as such, and I'm confident we can challenge in the remaining two games", he quipped.

Azhar also praised Woakes and Buttler. He hailed their shot selection and feels that the partnership is one of the best in the recent past. He said, "We just have to credit Woakes and Buttler. They took the game on after the fifth wicket from the first ball. They started playing shots and this is one of the best partnerships in the recent past. We were in control of the game; we were one punch away from finishing the game off, but they came and dominated us during that period. At times we were kind of unlucky but for the most part, they were brilliant. They knew it wouldn't be possible to win if they kept batting the normal way. Maybe when the ball got a little softer, it wasn't doing as much as it did when it was new, especially for the quicks. Buttler, when he's against spin, can play 360 degrees so it's hard to set an attacking field on him. He put pressure on us, it worked for him, and he outplayed us in that period."

Pakistan will be aiming to level the series when they face England in the second Test match from August 13-17, at Rose Bowl Cricket Ground.

Vivo Parting Ways With IPL Only A 'Blip', BCCI Can Deal With It: Sourav Ganguly