Only 49 overs were bowled on day one of the Test series at Old Trafford, with Babar Azam lighting up a gloomy day. 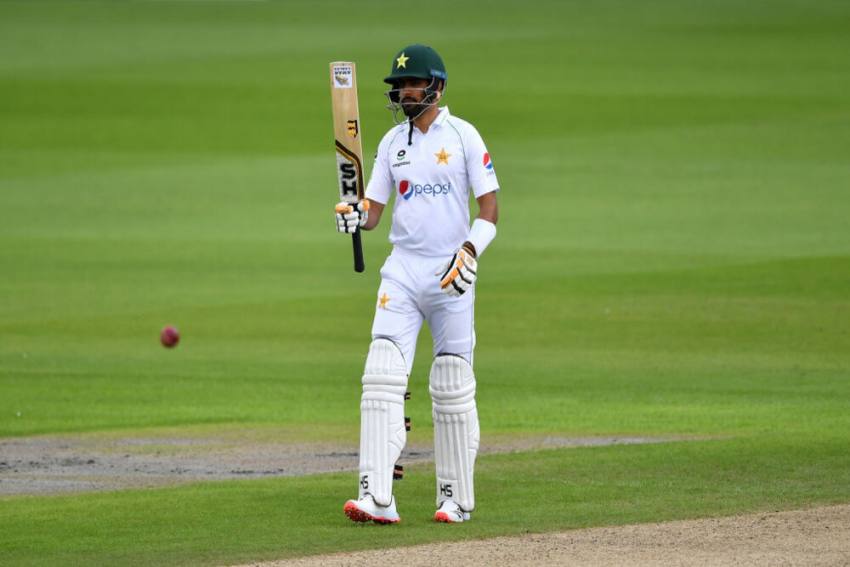 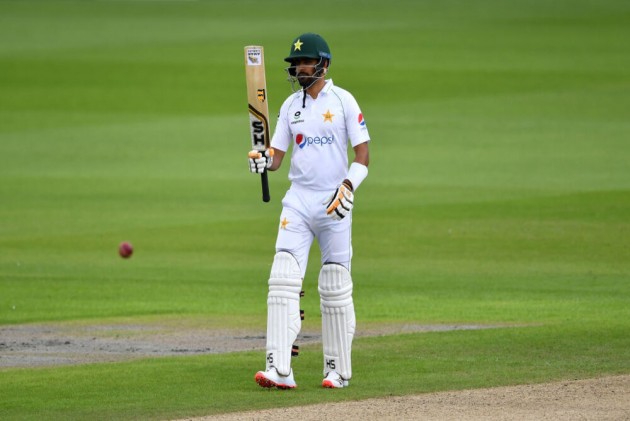 Babar Azam made a classy unbeaten half-century and Shan Masood was given two lives by Jos Buttler as Pakistan had the better of a weather-hit opening day in the Test series with England.

The tourists were 43-2 at one stage after Abid Ali and Azhar Ali, who had opted to bat after winning the toss, were dismissed by Jofra Archer and Chris Woakes respectively at Old Trafford.

However, Babar then took centre stage with a majestic 69 not out, while Masood was still there on 46 as Pakistan reached 139-2 when play was abandoned due to bad light.

Buttler dropped Masood on 45 and the opener was still on the same score when the England wicketkeeper-batsman missed a chance to stump him during a day when just 49 overs were bowled.

England, unchanged following their series-clinching win over West Indies at the same venue, were below par, Babar in particular making them pay in what is Pakistan's first Test since February.

5 - Babar Azam has now reached 50 in each of his last 5 Test innings; the longest such run of his career. Milestones. #ENGvPAK pic.twitter.com/mnriHTnePd

Masood and Abid came through probing new-ball spells from James Anderson and the in-form Stuart Broad, but the excellent Archer struck with the first ball of his second over.

Abid was the man to depart, paceman Archer rocking back his off stump with a delivery that nipped in to end an opening stand of 36. Azhar soon followed lbw to Woakes, the visiting captain also wasting a review.

Babar and Masood steadied the ship in contrasting fashion, the opener continuing to dig in as Pakistan's white-ball skipper played with greater fluency after lunch.

The elegant Babar showed great timing with glorious drives, racing to his 50 off 70 balls, though Masood had a stroke of luck when he nicked Dom Bess behind but Buttler failed to hold on.

An early tea was taken due to rain with Pakistan on 121-2 and there was further frustration for England in a short resumption, Buttler unable to stump an advancing Masood off Bess, with Joe Root forced to bowl himself due to the poor overhead conditions.

Babar carries on where he left off

Pakistan's star batsman was in magnificent form before an unexpected break due to the coronavirus pandemic, scoring four hundreds and two half-centuries in his last seven Test knocks.

The imperious right-hander picked up where he left off six months since his previous innings in the longest format, playing with controlled aggression.

He brought the full repertoire of high-quality strokes, with glorious drives, punches off the back foot and dismissive sweeps, hitting 11 boundaries to make a real statement at the start of the series.

Buttler's place in the side has been under scrutiny, but a half-century in the final Test against West Indies ensured he would stay in the XI.

However, he made a poor start to this series behind the stumps, raising further questions about his selection as Ben Foakes waits in the wings.

Spin it to win it?

Pakistan selected two leg-spinners for the opening Test, Shadab Khan given the nod along with Yasir Shah.

If they can post a big score in the first innings, the duo could come into their own later in the week, particularly with the weather set to warm up as the match continues.