Wicket-keeper Rishabh Pant, who had joined the Test team after recovering from Covid-19, also batted in the nets. 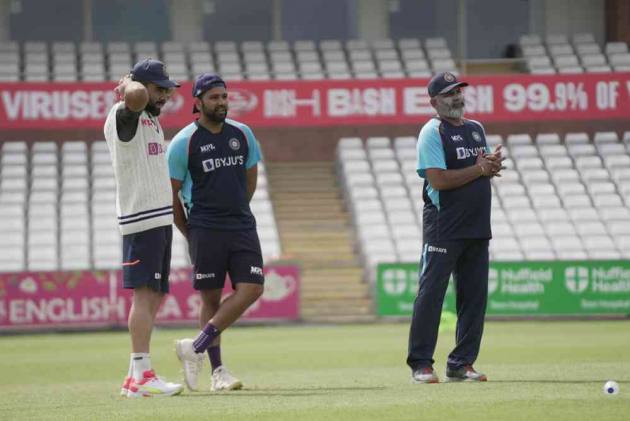 Ahead of the gruelling five Test match series against England, the Indian Test team led by skipper Virat Kohli had a centre wicket training at the Durham Cricket Club in Durham on Tuesday. Tokyo Olympics | Full Schedule | Sports News

Aggressive wicket-keeper Rishabh Pant, who had joined the Test team after recovering from Covid-19, also batted in the nets.

#TeamIndia back at it and having a centre wicket training at Durham Cricket Club ahead of the five-match Test series against England.#ENGvIND pic.twitter.com/Y71qe4b4mo

"TeamIndia back at it and having a centre wicket training at Durham Cricket Club ahead of the five-match Test series against England,” the BCCI said in a tweet.

What do you reckon the conversation is all about?#TeamIndia pic.twitter.com/FgmHOTrfbs

Earlier, the team played a three-day warm-up game against County XI here as a part of its preparation for the Test series. The game ended in a draw.


The first Test starts at Trent Bridge, Nottingham from August 4.