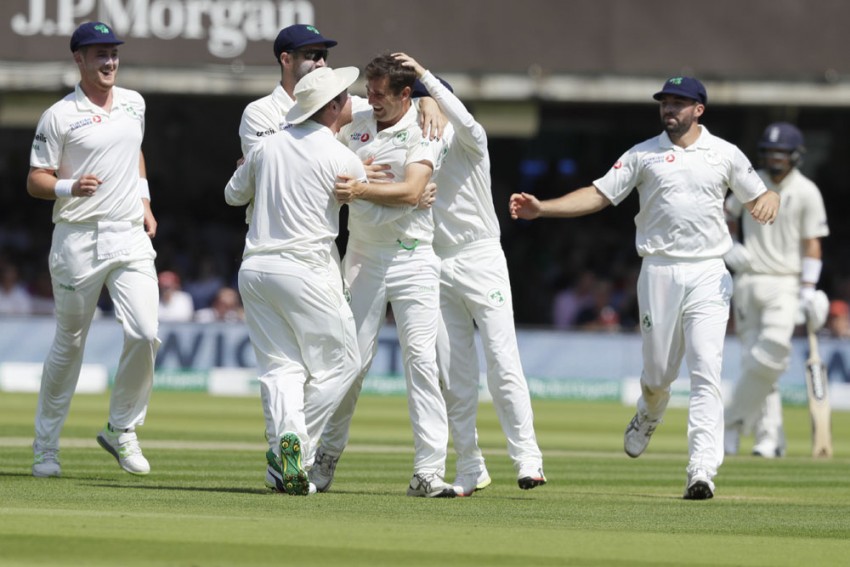 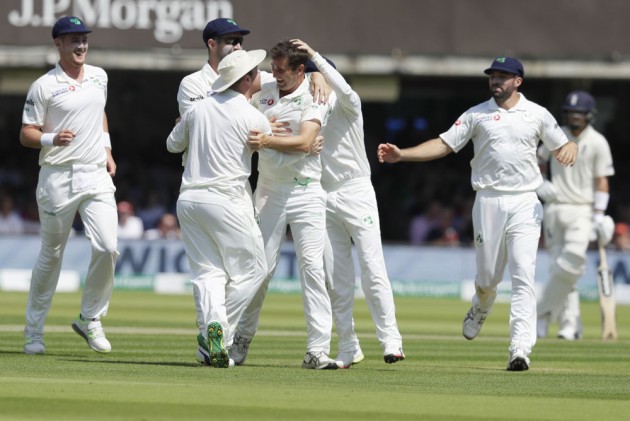 The inaugural ICC World Test Championships will start next month with traditional rivals England and Australia continuing their Ashes rivalry. And serving as an appetiser to the mouth-watering series is England's four-day Test against one of the newest members of the ICC's elite club, Ireland. Catch the score and report from the Lord's match here:

Scorecard | As It Happened - Day 1

Stuart Broad, Olly Stone and Sam Curran took three wickets each but England still conceded a 122-run lead to minnows Ireland at the end of Day 1's play of the one-off Test at Lord's on Wednesday. Yes, it came only 10 days after lifting their maiden ICC World Cup at the same venue in London. All in all, it will be read as a pre-Ashes reality check for England.

At Stumps, Rury Burns and Jack Leach were unbeaten on naughts with the later playing out a Tim Murtagh over. The day started with Murtagh and closed with Murtagh.

After electing to bat, England were left reeling Murtagh becoming the first Irish bowler to take a five-wicket haul in their only third Tes match. He claimed both the openers, England's World Cup heroes Jason Roy and Rory Burns.

Mark Adair got the prized wicket of England skipper Joe Root, and Joe Denly, who top-scored with 23.

Murtagh then ripped through the England middle-order, taking the wickets of Jonny Bairstow, Moeen Ali and Chris Woakes.

Boyd Rankin, who previously played for England, took the wickets of Curran and Broad, before Adair claimed the last wicket of Stone. And Ireland took only 23.4 overs to shoot out England for 85.

In response, Ireland got off to a confident start with skipper William Porterfield and James McCollum stitching a 32-run stand, but Curran claimed both the wickets.

The visitors then found Andy Balbirnie (55 off 69) and Paul Stirling (36 off 53) adding 87 runs for the third wicket to frustrate England.

Stuart Broad claimed the wicket of Stirling, then opener Balbirine became the first of Olly's three victims. Then, Ireland could add only 69 more runs, collapsing from 138/4 in 36.1 overs to 207 all out in 58.2 overs.

After the World Cup high, England were brought back to Earth by lowly Ireland. Dismissed for 85 in just 23.4 overs at Lords, with Joe Denly top-scoring (23 off 28). For Ireland, Tim Murtagh took five for 13 in a spell of nine overs.

One of England's World Cup heroes, Jason Roy and Olly Stone are making their Test debuts, while Boyd Rankin becomes the first player in more 70 years to play Test for and against England. Nawab of Pataudi in 1946 was the last player to do so.