Sam, 23, plays for Chennai Super Kings in IPL. He snared 5/48 against Sri Lanka in the second ODI to help England clinch series 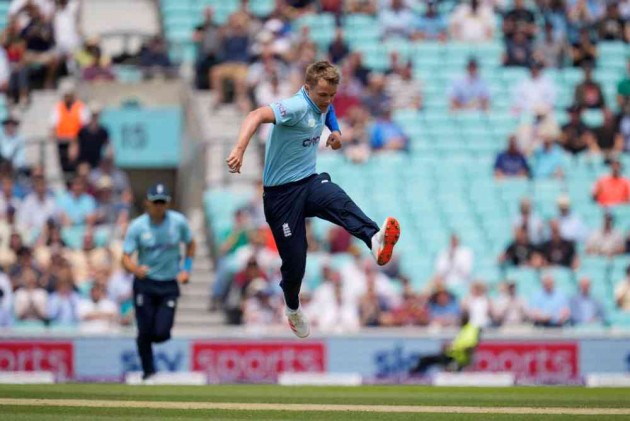 The 23-year-old, who plays for the Mahendra Singh Dhoni-led Chennai Super Kings, snared a fifer (5/48) against Sri Lanka in the second ODI on Thursday to help England to a series clinching-win.

"I think it's (IPL) helped him enormously," Thorpe was quoted as saying by 'EspnCricinfo'.

"Every environment Sam has gone into, he's shown that ability to compete and an ability to find a way of putting performances in. From that perspective, playing in the IPL has put him in high-pressured situations and pushed him."

Bought by CSK at the 2020 auctions, Curran has already become a vital cog in the scheme of things, with skipper Dhoni entrusting him with the bat and the ball during crucial times.

"His hitting ability with the bat was always there. I think that's progressed to a really good level," Thorpe said.

"He's bowling at important times in the IPL, so he's put under pressure and challenged. At 23, he's getting some really good experiences."

Thorpe, who has taken charge of England's ongoing ODI series against Sri Lanka in the absence of head coach Chris Silverwood, feels Curran is a "real competitor", who is improving everyday.

"When he comes back and plays with England, he's having to challenge for a place so he's being put under pressure there too," Thorpe said.

"That's not a bad thing. One of his great personality traits is that he's a real competitor. We have seen that ever since he was a young lad, and his skill level is going up. For a 23-year-old it's a good place to be. We want him to keep getting better and better."

However, Thorpe feels that the biggest challenge for Curran, who has played 21 Tests, 10 ODIs and 16 T20Is since his debut in 2018, will be balancing all three formats and churning out consistent performances for the national team.

"Of course, he's still got to work really hard. His T20 cricket has progressed really well, but I think establishing himself as a 50-over player as well is a really important part of it. He's got to try and be in the mix as well for Test cricket.

"It sounds like quite a lot of cricket. As you know, with someone like Ben Stokes, the amount of work and fitness levels that are required for that is huge.

"So the challenge for Sam to be a multi-format cricketer is delivering that consistency as well for England time and time again."