ENG Vs IND, 3rd Test: No Need To Feel Low, There Are Two Matches Left In The Series - Mohammed Shami

England lead India by 345 runs at the end of Day 2 in the third Test. India were dismissed for 78 in their first innings at Leeds 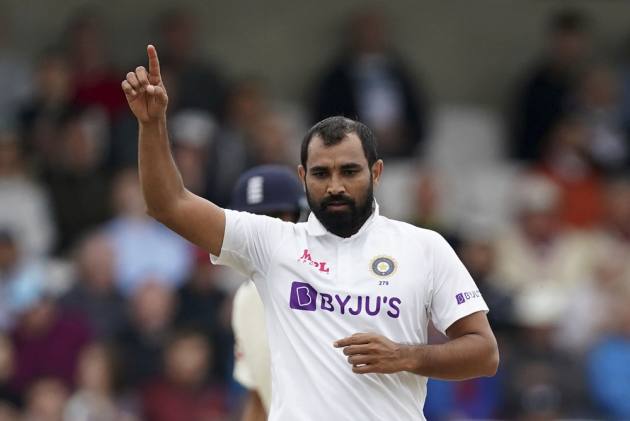 India pacer Mohammed Shami on Thursday said that the team's performance so far in the third Test has not affected the players' morale as there is a lot of time left in the five-match series.

"No, my friend, mentally (it does not affect), we have finished matches in three days, many matches we have finished in two days. Sometimes when we have a bad day or we get out early in a Test match in the first innings and we have to field for long.

"It happens sometimes, but there is no need to feel low, because still there are two Tests left,” Shami said at the virtual post-day press conference after the second day’s play, when asked how such a day affects the team mentally in the middle of the series.

India were bundled out for a meagre 78 in the first innings on the first day of the third Test against England. The visitors in reply posted a mammoth 423/8 as they rode on skipper Joe Root’s stroke-filled 121, to take a 345-run lead when stumps were drawn on the second day.

“And we are 1-0 up, so there is no need to think (negative), just one thing, believe in your skill, and back yourself,” added Shami.

According to the Bengal speedster, who returned with figures of 3/87, it is the responsibility of the bowlers to take wickets.

“It is your responsibility when there is a long partnership from the opposition. It is your job, to take wickets, you have to plan in your mind on how to get the (batsman) out," Shami said.

All the Indian bowlers including Ravindra Jadeja (2/88), Jasprit Bumrah (1/58) and Mohammed Siraj (2/86) were taken to task by Root and company.