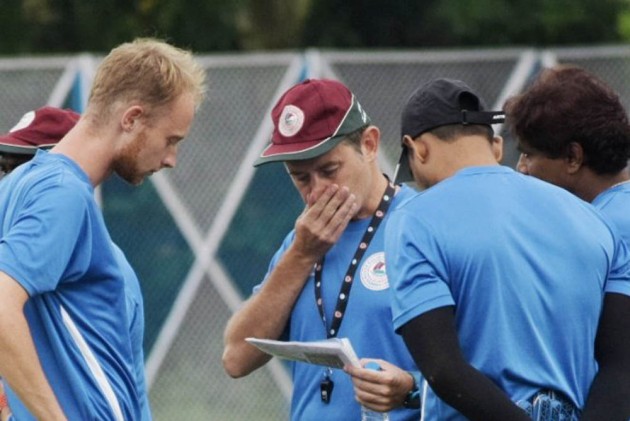 With the Durand Cup semifinals finally beckoning, it is time for Indian football fans to gear up for some mouthwatering clashes. First up, East Bengal will face Gokulam Kerala in Kolkata's Salt Lake Stadium today (August 21), followed by Mohun Bagan's clash against Real Kashmir.

East Bengal will play against Gokulam Kerala in Kolkata's Salt Lake Stadium. The match is scheduled for 3:00 PM IST.

Quess East Bengal and Gokulam Kerala will battle it out for a place in the finals, whilst Mohun Bagan faces Real Kashmir in a high-tension match. Do we have Derby waiting in the finals or some fresh blood? ðÂ¤Â#QEBvGKFC#MBvRKFC#DurandCup #IndianFootball pic.twitter.com/YP9TXfiQYq