After bowling out India Blue for 255 in 83.2 overs, India Red (285 in 1st innings) extended the advantage by moving to 93 for 2 at Stumps, for a lead of 123 runs in their Duleep Trophy encounter at Bengaluru 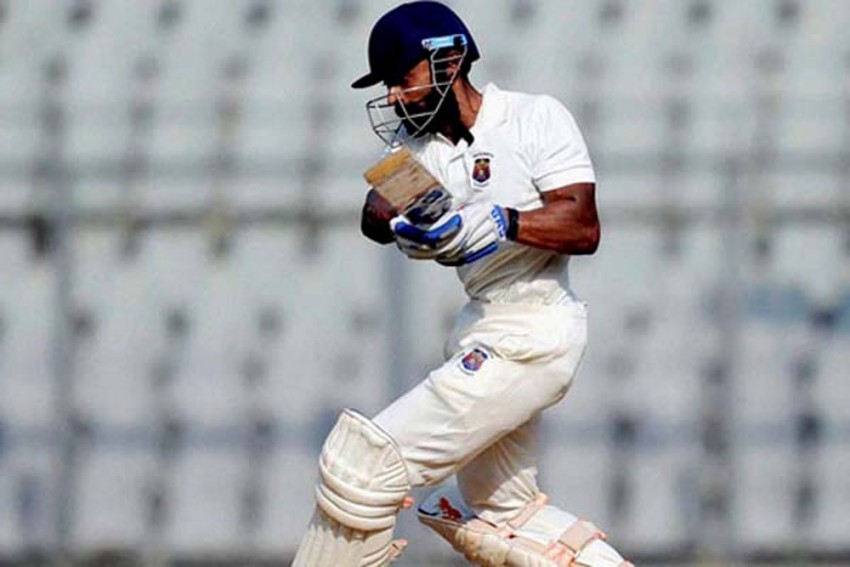 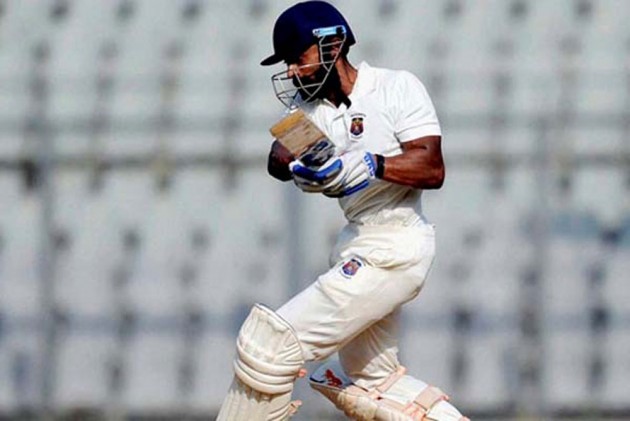 Maharashtra batsman Ankit Bawne made an unbeaten 121 but could not prevent India Blue from conceding a 30-run lead to India Red on the third day of the Duleep Trophy match at Bengaluru on Sunday.

India Red hit back after a wicketless first session with right-arm paceman Avesh Khan (4 for 58) and left-arm medium-pacer Jaydev Unadkat (3 for 52) and Vidarbha spinner Akshay Wakhare (3 for 32) helping the team pull things back.

India Blue slipped from 193 for 3 to 208 for 8 as Avesh Khan struck thrice and Wakhare got two wickets in a rather unexpected turnaround after a wicketless first session.

Earlier, India Red's attack was unable to make any impression on Bawne and Anmolpreet Singh, with two playing in a confident manner and driving well off the front foot.

Their 129-run partnership for the fourth wicket kept alive Blue's hopes of going past the opponent's first innings total of 285.

However, the exit of Anmolpreet sent the innings into a tailspin as Avesh Khan and Wakhare ran through the middle-order even as Bawne stood firm.

Bawne and No.11 Basil Thampi added 12 runs before Unadkat got the latter leg-before.

Karun Nair, who missed out on a ton by one run in the first innings, joined A R Easwaran (18) and got things moving, with some fluent shots.

After adding 47 runs for the second wicket, Easwaran (18, 30 balls, 2X4s) fell to a catch off off-spinner Jalaj Saxena, who is looking increasingly dangerous.

Meanwhile, Nair and first-innings centurion Ankit Kalsi, were on the lookout for runs and played some good strokes with the former attempting reverse-sweep against Saxena.