Diego Simeone has overtaken Luis Aragones for the most wins ever as head coach of Atletico Madrid. (More Football News)

The Argentine coach picked up his 309th victory in charge in Wednesday's 2-1 comeback win against Athletic Bilbao - a result that moves Atleti six points clear at the top of LaLiga.

Iker Munian had given Athletic the lead at the Wanda Metropolitano, but Marcos Llorente equalised late in the first half and Luis Suarez converted a penalty early in the second.

Simeone's latest win came in his 514th match in charge. Aragones, the only other man to have taken charge of more games, reached 308 wins in 612 matches.

Atleti have drawn 121 times and lost 84 games under Simeone, who took over in December 2011 and has gone on to be their most successful manager of all time.

Aragones, a star for Atletico as a player, won six trophies as head coach. Simeone, with seven, is the only man with more.

In a little over nine years in charge, the former Argentina midfielder has led Atletico to two UEFA Super Cups, two Europa Leagues, one Supercopa de Espana, one Copa del Rey and, most famously, their only LaLiga title in the past 25 years back in 2013-14.

Simeone has helped to tip the balance of power somewhat in Spain's capital. He is the only coach to have won three finals against Real Madrid in three different competitions: the Copa del Rey (2013), the Supercopa de Espana (2014) and the UEFA Super Cup (2018).

He has twice faced them in the Champions League final, too, losing after extra time in 2014 and on penalties two years later.

Among South American coaches, only Helenio Herrera (359) has taken charge of more LaLiga matches than Simeone (353).

All of those have been with Atletico, of course. There are just two coaches to oversee more LaLiga games at a single club: Aragones at Atletico (407) and Miguel Munoz at Real Madrid (424).

Munoz won 357 of his 605 games in charge of Los Blancos in all competitions, so Simeone has a little way to go to surpass that tally. Still, he has already won more games than Barcelona record-holder Johan Cruyff, who won 244 times out of 421 matches.

Antoine Griezmann is the player to score the most goals under Simeone at Atletico, with 133 in all competitions. 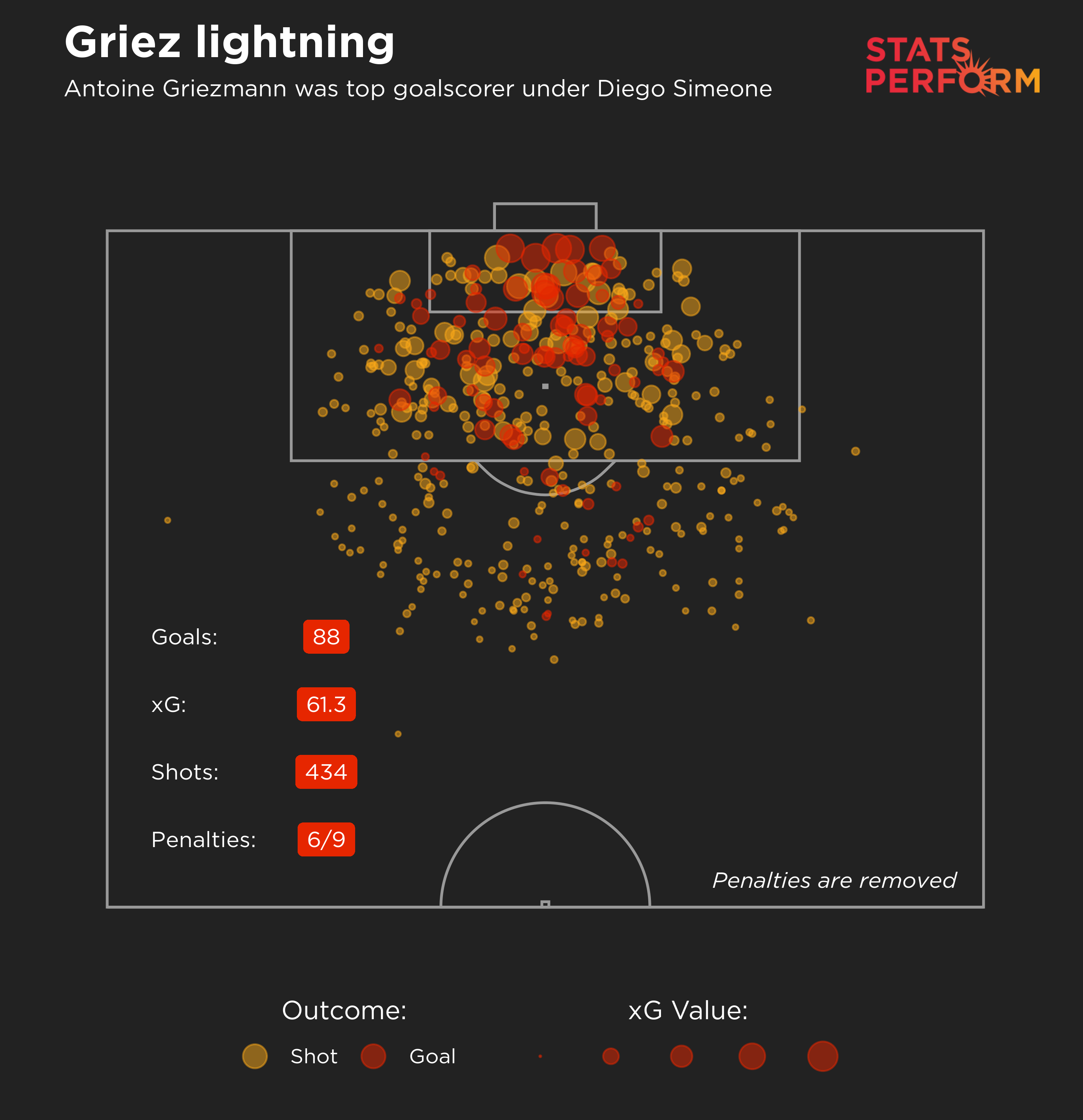