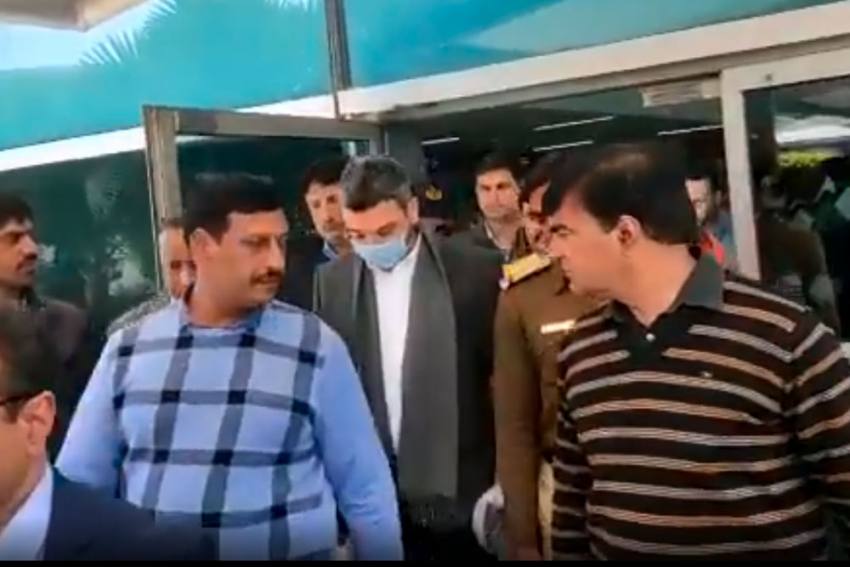 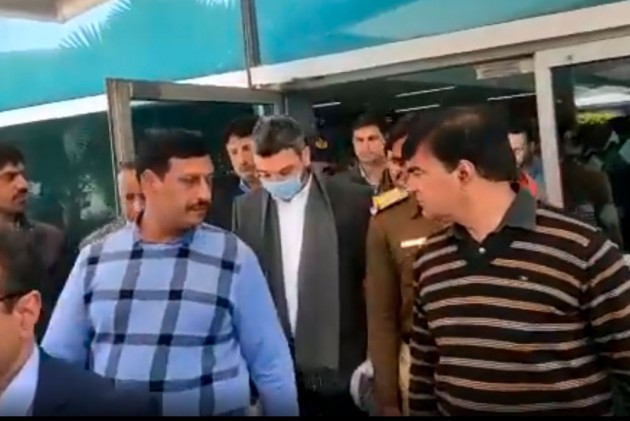 Former Commissioner of Police, Delhi, Neeraj Kumar, 66, reveals how, in a rare case, Delhi Police formalised the extradition request to get British national Sanjeev Chawla, wanted in the Hansie Cronje match-fixing scandal of 2000. After he retired as the head of Delhi police in July 2013, he, along with certain CBI officials, continued to ‘advise’ certain Crime Branch sleuths of Delhi Police on how to prepare the extradition request. Chawla, finally, landed in Delhi from London on February 13 and the same day Additional Chief Metropolitan Magistrate Sudhir Kumar Sirohi gave Delhi Police a 12-day custody to interrogate Chawla in their custody. But the very next day, Chawla challenged the order in Delhi High Court and it sent him Tihar jail, instead, going by the provisions of the undertaking the Indian government has given to the United Kingdom.

Chawla was charge-sheeted 13 years after the scandal came to light, during Kumar’s tenure. Earlier, the BCCI, based on an internal probe report, banned four players and the then Indian team’s physiotherapist for various periods. All of them have since returned to the official fold. While Hansie Cronje died in 2002 in a plane crash in South Africa, Chawla has been living in the UK.

Excerpts from the Exclusive Interview:

It was during your tenure as Delhi Commissioner of Police that the charge sheet against alleged cricket bookie Sanjeev Chawla was filed in Delhi, in 2013. What is your take on his extradition?

There has been a setback as he has been sent to judicial custody by the Delhi High Court. Precious time has been lost because he could have been interrogated while he was being brought from London; he was with Delhi Police for roughly 48 hours [before being produced in a court]. It was enough time; people could have extracted from him [something]. But that could have been possible only when they would have associated someone who has been involved with this case right from the beginning, because he would know the entire background – how the breakthrough was made, who all were associated with this case etc. An entirely new person would not understand the context, how the case had evolved. After all, you don’t come to know such things by merely reading the files. There they [Delhi Police] have made a mistake.

The man who could have been involved is Ishwar Singh, who cracked the Hansie Cronje case. He was an inspector at the time [in 2000], and he could been taken as part of the Delhi Police team [to London]. He is still serving in Delhi Police, and could have been very easily gone to London. He could have talked to Chawla on his way back to India from London. And whatever time was there in Delhi [before Chawla was produced in the court] they could done the thing [interrogation]. But that time has gone.

When you say Delhi Police had 48 hours to interrogate Chawla, do you mean on board or in London?

He arrived in Delhi sometime around noon on February 14 and he was produced before a magistrate [Additional Chief Metropolitan Magistrate Sudhir Kumar Sirohi] and he was sent to police custody a 12-day remand for interrogation. The next day, Chawla moved the Delhi High Court and the remand order was set aside. There was enough time to ask him about basic things. But I don’t know the details of what the Delhi Police did during this period.

What could be the possible reasons of not involving an old hand, like Ishwar Singh?

Ineptitude, lack of professionalism, and nobody seems to have the sense of this. It was a very basic factor.

Could there be some other reason...

No, no. There is no other reason -- only foolishness, stupidity, ineptitude...all these things. People at the helm of affairs should have thought about it and sent someone – whoever, X, Y, Z -- who has dealt with this case.

Do you think that besides the reasons that you cited, there could be pressure on the ‘mukhiya’, which is Delhi Commissioner of Police?

No, no, I don’t think so. But by ‘mukhiya’ I don’t mean the Commissioner of Police himself, or an individual. I mean the police leadership in general. This could have been decided at the DCP or Joint CP level. Whoever it was, if that person would have requested the ‘mukhiya’, the ‘mukhiya’ would have sent that person.

Can India, especially Delhi Police, still gain anything to pin point culprit(s) apart from those who have been named in the CBI Match-Fixing Report of 2000?

Of course, it can be done.

But it was not entirely unexpected that the Delhi High Court sent him to Tihar Jail because such was an agreement between the Indian and United Kingdom governments.

See, the trial court remanded him for 12 days. If what you are trying to say, or suggest, was true then the trial court itself could have said that he be sent to judicial custody.

There is another view, and this is has been said many times over, though without proof. And it is that whenever match-fixing issues come up, they don’t happen without the knowledge of cricket administrators. So, could it be that some people are pulling strings from the cricket administration side [present or past]?

I don’t think so. If you have trust in my judgement, I can say that it is not like that, though to tell you the truth, I am a fierce critic of the present [BCCI] dispensation.

Cronje has died; the five people BCCI banned in 2000 match-fixing scandal have since been embraced by the establishment [after their bans were over or reprieved by the courts]; Mohammed Azharuddin became a member of Parliament; Ajay Sharma, who was banned for life, like Azhar, was also reprieved by a Delhi court; Ajay Jadeja represent Delhi and Haryana in Ranji Trophy; Manoj Prabhakar has coaches Ranji teams. What could now be gained from interrogating Chawla?

If you have a case -- and in this case allegations have been levelled that fixing etc has happened -- you will obviously take it to a logical line. There is a story behind it. It is not as if the extradition request was sent and everything happened in routine. A lot of hard work behind the scenes, behind anyone’s knowledge, has happened after I retired [as Delhi Commissioner of Police in July 2013]. I continued to pursue the case, and fortunately the people who were handling the case in the Crime Branch were willing to take my, shall we say, advise or my bidding, even though I had superannuated. The extradition proposal was made with much difficulty. Delhi Police doesn’t make extradition proposals; it is a very rare thing. I brought along some colleagues from the CBI, and they helped. Making extradition requests have a very and circuitous route. It goes through the Delhi government, then to the Lieutenant Governor of Delhi, then it goes to the local court, because effectively and essentially it is a transaction between two courts. It is the trial court here and the court in whose jurisdiction he stays or if a certain court has been earmarked as an extradition court. But before the request reaches the other court it has to go through the official channel, because there are so many other things involved – diplomatic relations between countries etc. So, at every stage, this needed to be chased and pushed. It needed quiet a lot of hard work. The biggest roadblock here in India was in the Ministry of External Affairs, where a ‘babu’ sat on the file, though not with any motive or anything. He raised a query and returned the file, and then it was sent back to him again. We had to talk to senior people. We had to pursue it at every stage, till such time that it reached the court in the UK, the Crown Prosecution Service, and the Indian High Commission in London etc. After that, of course, we had nothing to do. But if someone thinks that after my retirement this would have happened in the normal course, it wouldn’t have happened. If that were to happen, this case wouldn’t have been pending with Delhi Police for 13 years before Chawla was charge sheeted during my time as CP, Delhi. Without trying to sound boastful, I am just telling you the factual position.

You had a lot of interest in this case because after retiring you continued to advise when your successors sought your advice?

My successors were not interested. They didn't even know about it. It was happening between the Crime Branch and me, and that too not the Crime Branch as an institution but certain individuals who, kind of, appreciated and honoured my desire to pursue it and take to its logical conclusion.

And why was that so? Was it because they had worked under you?

They had worked under me and at least one of them had similar attitude towards this work as I had. He shared that passion. He realised it that I was not doing it for myself. And what was I to get? I had retired, but because it had to be done, it needed to be followed up.

So, there was no let up by Delhi police, is it? Besides the hundreds or thousands of cases that Delhi Police tackle, was work on this case going on side by side?

I considered it as an important case because it was an important case. The busting of the cricket betting ring involving somebody like Hansie Cronje was not a small event, or a small crime. It ought to have been done, therefore it was done.

Officially, they can’t interrogate in the jail, and even if they try to do it, he is at liberty to not say anything. They will now have to go through the motions of the trial. I don’t see much hope, because as most of such cases go, they end up being weak cases because there’s no specific law on the subject [betting, match-fixing]. In its absence, it could end up being a case of cheating etc. The only thing is that he will not be able to return to UK as his British passport – he was a British national -- has been seized, till the trial is over.