Virat Kohli's India face West Indies in their upcoming Cricket World Cup fixture on June 27, at Old Trafford. Although already eliminated, Windies will be a tricky opponent for the Men in Blue. 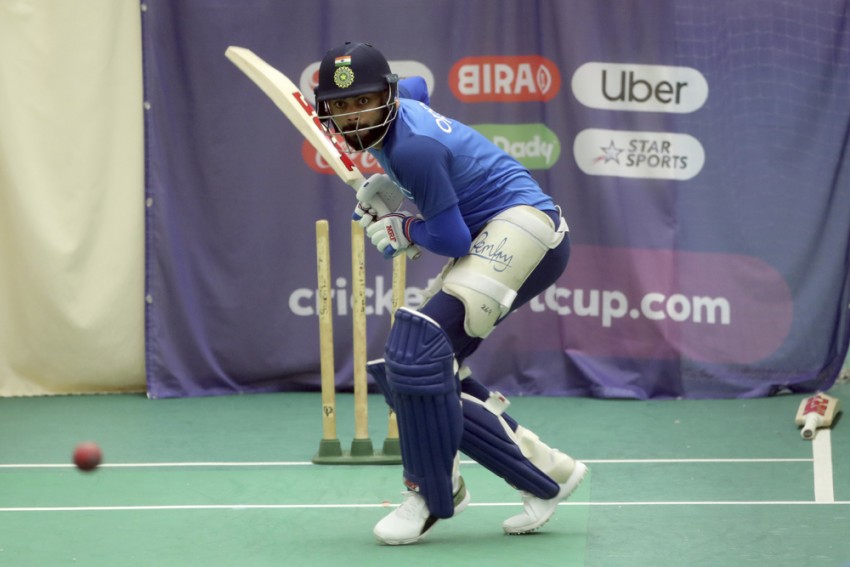 As the league phase hits the home stretch, India will look to ensure a smooth passage into the semi-finals with yet another victory.
AP
PTI 2019-06-26T13:38:53+05:30 Cricket World Cup, WI Vs IND Preview: Mighty India Take On West Indies In Tricky Fixture 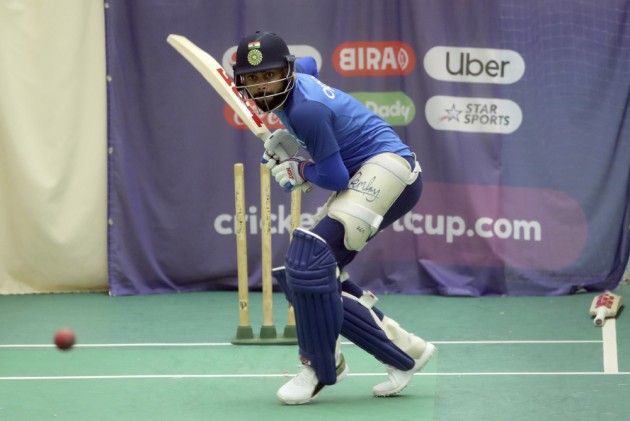 Mahendra Singh Dhoni's batting approach and position in the middle order will be the team management's primary concern when India take on an ousted-yet-dangerous West Indies in the sixth league phase encounter of the Cricket World Cup, on June 27, at Old Trafford.

As the league phase hits the home stretch, India will look to ensure a smooth passage into the semi-finals with yet another victory.

But it could be easier said than done against a West Indies side, which might play party poopers with nothing to lose in their remaining few games.

Dhoni's painfully slow approach against Afghanistan yielded 28 off 52 balls and he was roundly criticised. Even the normally restrained Sachin Tendulkar questioned the approach.

"There was no positive intent," the usually reticent Tendulkar's observation on a TV channel has been spot on.

The Indian team management knows that only too well but with four group matches left, the only option they have right now is to alter Dhoni's batting position, possibly giving a few more deliveries to Jadhav, who can be innovative in his shot selection.

ALSO READ: His Bat Shuts Up Critics, Aaron Finch On The Verge Of Achieving Greatness

Hardik Pandya is being used as a floater but the Afghanistan match showed that if he doesn't get support from the other end, there is too much pressure on him to hit every delivery for a six.

Kohli and coach Ravi Shastri till now have not been too keen to use Rishabh Pant's firepower. Pant can come in only if the team management considers the idea of Vijay Shankar being disposable.

The West Indies is a team loaded with fast bowlers so it could be a bit easier for Dhoni to rotate strike as he hasn't been comfortable against the slow bowlers. Afghanistan exposed it thoroughly during the last game.

There have been arguments and counter-arguments about Dhoni's batting approach in the IPL compared to his style when playing 50-over cricket for India.

Dhoni, during Chennai Super Kings various chases, would invariably target one of the inexperienced Indian domestic bowlers while playing safe cricket against the bigger international names.

Against a Kagiso Rabada or a Jofra Archer, he didn't take any risks before hitting the others in successful run-chases. A strategy needs to be worked around Dhoni's skill sets here too to place him at a position on which he can bat freely.

With his inputs and electric glovework behind the stumps an absolute necessity, this will require some tactical brainstorming by the captain and the coach.

The West Indies, on the other hand, will look to finish on a high after being knocked out despite a great start against Pakistan. Andre Russell being ruled out due to a hamstring injury has been another big blow.

However, the team, especially the fast bowling department, has shown tremendous potential including the young bumper-happy fast bowling duo of Sheldon Cotterell and Oshane Thomas.

With Kohli and his deputy Rohit Sharma being superb horizontal bat players, it promises to be a mouth-watering contest if they employ the short-ball tactic.

For the 'Universe Boss' Chris Gayle, a smashing match-winning innings is due and Kohli will be praying that it doesn't come against his team.

Jasprit Bumrah's opening spell against Gayle may set the tone while the talented duo of Shai Hope and Shimron Hetmyer will be asked a few questions by Kuldeep Yadav and Yuzvendra Chahal.

Against New Zealand, Carlos Brathwaite played an amazing innings and took the Windies to the brink of a miraculous victory.

However, Brathwaite has never been comfortable against the slow bowlers as he loves the length deliveries on the slot.

In all, it could be a tougher test for India than Afghanistan but the 'Men In Blue' remain favourites to win the contest considering their recent form.

His Bat Shuts Up Critics, Aaron Finch On The Verge Of Achieving Greatness