In New Zealand's Cricket World Cup win over South Africa, Kane Williamson led his side to a close win, scoring 106 runs (not out), off 138 balls. 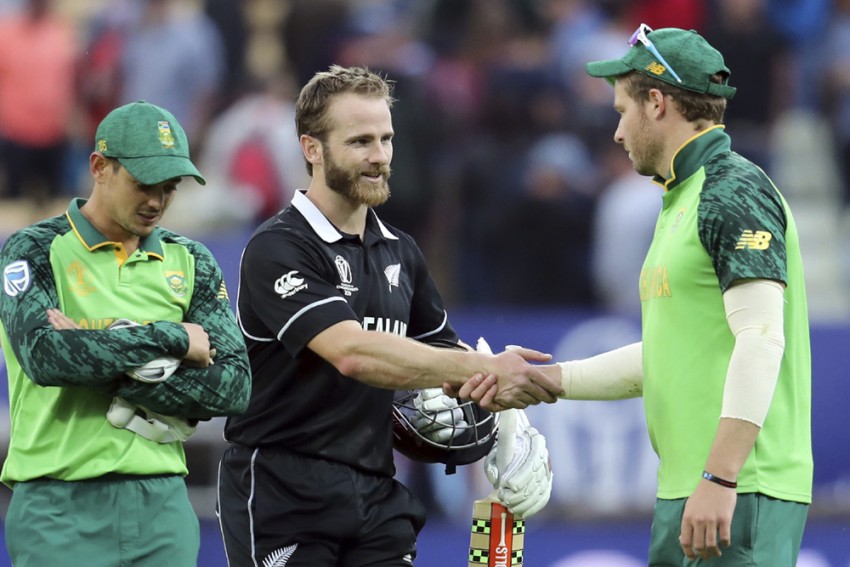 The Proteas had set a target of 242 in 49 overs. Until 137, the Black Caps were in dire straits having lost five wickets already.
AP
Outlook Web Bureau 2019-06-20T09:31:32+05:30 Cricket World Cup: South Africa Weren't Far Away From Getting Across The Line Themselves, Feels New Zealand Captain Kane Williamson 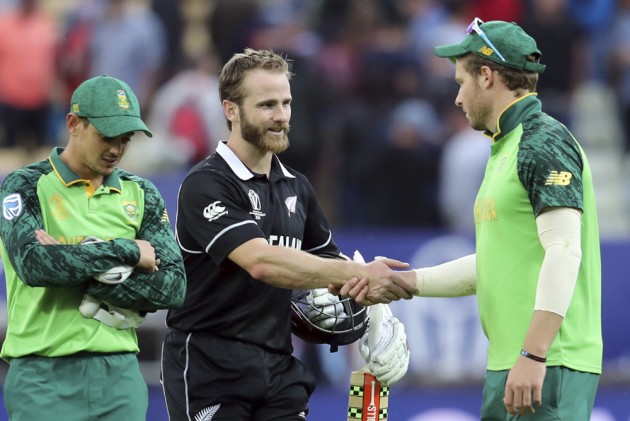 New Zealand captain Kane Williamson steered his side to a narrow victory over South Africa in the ongoing Cricket World Cup. The 28-year-old produced a masterclass, with three balls left to spare in the match.

Facing 138 balls, Williamson pumped 106 runs (not out), smashing nine fours and a six.

The Proteas had set a target of 242 in 49 overs. Until 137, the Black Caps were in dire straits having lost five wickets already. The comeback was staged by a 91-run stand between Williamson and Collin de Grandhomme (60 off 47 balls).

In the post-match press conference, the skipper said, "We sort of knew that throughout the middle overs scoring could be tough. But at the same time, you had to execute your skills well, and it was a short ride to the ground, which meant there was always perhaps a boundary option."

"They certainly weren't far away from taking the game themselves" – Kane Williamson was pleased with a hard-fought win in a close game against South Africa. #NZvSA | #CWC19 pic.twitter.com/0IjKsPGFHI

"But, they were brilliant for us. And in terms of a par score, it is always quite hard to tell. If you're able to take early wickets, then perhaps it was a par score. But at the same time, you always want a few more, don't you? That's sort of possible to reflect and give sort of a definite answer," added the right-handed batsman.

"It was one of those wickets that, if you were to squeeze and apply pressure, which they did, then they certainly weren't far away from perhaps getting across the line themselves. But it was nice once again to be able to take the game to a stage where we gave ourselves a chance to win it, which we were able to do," quipped Williamson.