In their upcoming Cricket World Cup fixture on July 6, at Yorkshire Cricket Ground, India face Sri Lanka in a match which won't have any effect on Virat Kohli's side's progression to the semi-finals. 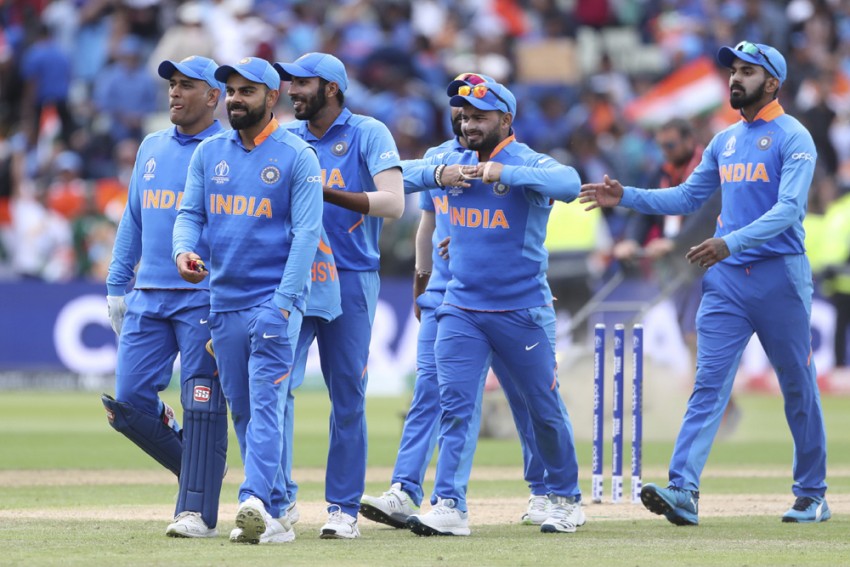 Already assured of the second spot and a last-four spot, a win against Sri Lanka can take Virat Kohli's men to the top of the points table.
AP
PTI 2019-07-05T16:35:03+05:30 Cricket World Cup, IND Vs SL Preview: Virat Kohli's India Take On Sri Lanka In Hope Of A Better Middle Order Display 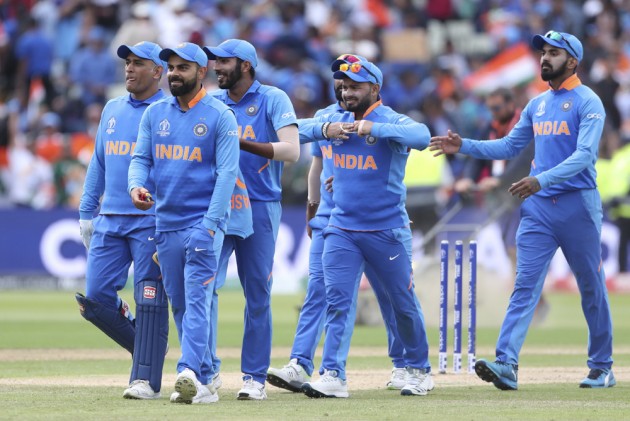 A wobbly middle order has been a cause of concern despite the winning run and India would be desperate for the likes of Mahendra Singh Dhoni to find some form ahead of the semifinal when they take on Sri Lanka in their last preliminary World Cup clash here Saturday.

Already assured of the second spot and a last-four spot, a win against Sri Lanka can take Virat Kohli's men to the top of the points table provided Australia lose their final game against the already ousted South Africa.

So they might have a lot to play for as a pole position and a possible semi-final against a New Zealand team on a downward spiral will be more welcoming than facing a dangerous England which is on an upswing.

The middle-order puzzle has remained unsolved and it has increasingly looked that Indian team management has been heavily dependent on Plan A, which is success from their top-order.

Vice-captain Rohit Sharma, with 544 runs that include record-equalling four tons, has been the stand-out player and skipper Virat Kohli, with five half-centuries and 400 plus aggregate, has also had a good World Cup but perhaps not exceptional by his standards.

In this backdrop, there cannot be a better opposition than Sri Lanka for Dhoni to check his bat swing at the death overs when Lasith Malinga will be firing in at the block-hole or bowl his variation of slower deliveries.

Sri Lankan off-spinner Dhananjaya de Silva has been pretty economical, going at sub-5 rate in the matches that he has played. If Dhoni gets to play more balls during the middle overs against De Silva and score some runs, it will only boost his confidence.

In all the matches so far, Dhoni has managed only 47 runs in 81 balls against the spinners, his widely accepted weakness against the slower bowlers during middle overs coming to the fore.

No one more than captain Kohli will like his "guiding light" to succeed as his role will be immense should India remain in the competition for the final next Sunday.

But the Sri Lanka game is also one such encounter where Indians can breathe a bit easy and check out some other combinations, including giving the fiery Ravindra Jadeja, some game time ahead of the last four clash.

Jadeja is the only player, apart from the just joined Mayank Agarwal, who hasn't yet got a game but it is unlikely to happen considering there are too many left-handers in the Lankan line-up.

However, this could prompt Kohli and coach Ravi Shastri to bring back Kedar Jadhav in the middle-order for his off-breaks.

But that could be a bit unfair on Dinesh Karthik, who didn't get to face too many balls against Bangladesh in their last game.

Kohli till now hasn't shown any inclination of pushing Dhoni up the order beyond number five. And it could turn out to be an interesting ploy if the former captain bats at number four, while the power hitters like Rishabh Pant and Hardik Pandya play their natural game down the order.

Vijay Shankar's replacement Mayank is already here but his best friend KL Rahul, with a couple fifties, has ensured his place at the top of the order alongside Rohit, who would be gunning for a fifth World Cup hundred.

Rohit has scored two ODI double hundreds against this attack and it will be imtimidating for the likes of Isuru Udana. They will bank on Malinga's intelligence gathered from the Mumbai Indians dressing room to break the 'hitman code'.

India's fast bowlers, led by Jasprit Bumrah (14) and well supported by Mohammed Shami (14 wickets), would have ideally liked some rest before semi-finals. But with the top position on the points charts in line, Kohli may just be tempted to go with at least one of them if not both.

The match starts at 3 PM IST.