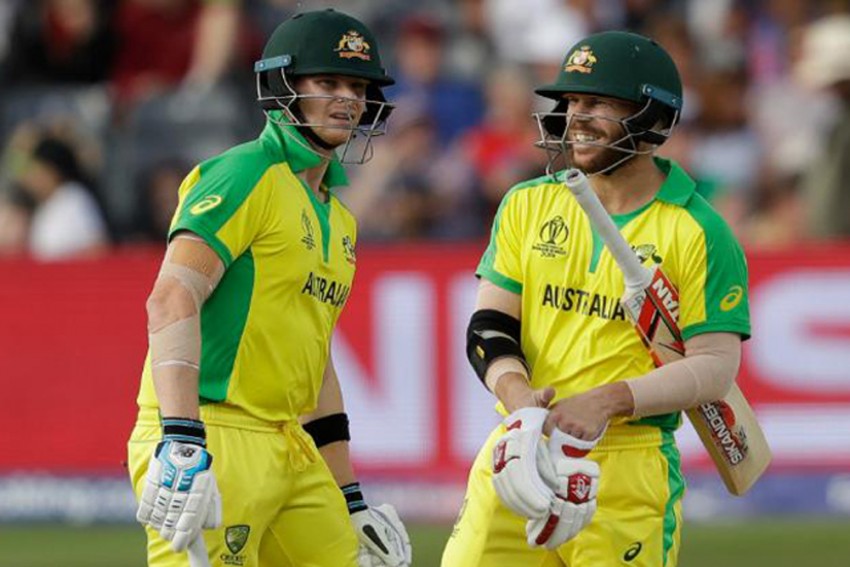 Both Smith and Warner have been subjected to repeated booing by English crowds during the World Cup.
Twitter
PTI 2019-07-05T19:30:56+05:30 Cricket World Cup, AUS Vs SA Preview: Australia's Steve Smith, David Warner Under No Pressure Against South Africa 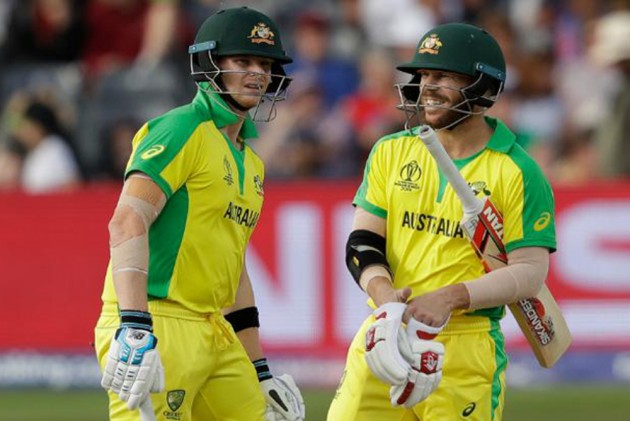 Australia coach Justin Langer believes Steve Smith and David Warner will be under no extra pressure when they face South Africa for the first time since both batsmen were given 12-month bans for ball-tampering. Both sides face other at Old Trafford, on July 6.

Then-captain Smith and Warner, his deputy, were hit with year-long bans by Cricket Australia for their roles in an extraordinary incident during a Test in Cape Town that saw team-mate Cameron Bancroft indulge in a brazen breach of the rules by applying sandpaper to the ball.

Both Smith and Warner have been subjected to repeated booing by English crowds during the World Cup -- the pair's first major international tournament since their suspensions ended.

"They got a good taste of what they were going to expect from the moment we turned up in England," Langer told reporters at Old Trafford on Thursday.

"This game is significant for a lot of our players, but we've just got to take all the emotion out of it."

Reigning champions Australia are already through to the semi-finals but Saturday's match could determine whether they finish top of the standings and so avoid a last-four clash against resurgent hosts England.

"We're here to take the two points, keep the winning momentum going forward and for those guys this is just another exciting game of World Cup cricket," said Langer.

Warner, one of the leading run-scorers at the World Cup, became a father again when his wife gave birth in London to the couple's third child last weekend, and Langer was delighted with the form of both his star batsmen.

"They're cherishing playing cricket for Australia again, they're both playing really well," he said.

Australia, for all they have won a record five World Cups, were not among the favourites coming into this edition, with some pundits arguing their "old-fashioned" approach was ill-suited to modern one-day internationals where scores of around 400 are increasingly commonplace.

There were also concerns the lingering fall-out from the ball-tampering scandal would prove a distraction.

But instead Australia were the first team to qualify for the semi-finals.

"To get to this point has taken a lot of hard work from where we came from in Cape Town," said Langer, appointed after Darren Lehmann resigned in the aftermath.

"It was one of the great crises in Australian cricket, a lot of heartache, certainly a lot of pain.

"But when it came to the World Cup, we talked about when Steve and David come back we want to make sure we build a really strong team so they come in seamlessly."

It's certainly worked so far with Australia the first team into the semi-finals.

"I've talked for a long time about the formula which works for Australian cricket," said Langer.

"It's a proven formula, we had to trust it and we are trusting it."

As for Cape Town providing any further motivation, Langer said: "We've had enough emotion in Australian cricket for the last 12 months to last us a lifetime.

"The motivation for us is to get two points and end up on top of the World Cup table.

"We talk about humility as one of our values. We don't just say it because it's a word on a wall, it's not just corporate speak. We actually believe it."

Langer, recalling a conversation with Kumar Sangakkara after the Sri Lanka great had addressed all the teams in the build-up to the tournament, added: "He said, 'I've got a feeling this World Cup means more to you than just the trophy'.

Meanwhile, Imran Tahir spoke about South Africa's disappointing campaign. He said, "As a team, we need to think about finishing on a good note," he said. "But it makes me feel very sad and emotional that I'm going to leave. It was always my dream to play international cricket and I'm really grateful to everyone who helped me along on the way. They accepted me for who I was, the guy who came from overseas."

"It's a big moment of my life -- I always wanted to play cricket and play as long as I could and now is the right time to go. It will be quite a hurtful and sad moment for me but I've prepared myself for that, so hopefully it will go well for me and the team."

Tahir added, "I'm not worried about (the) future of the team -- there are a lot of youngsters. I strongly believe there is lots of talent but they just need experience and then they'll get to the stage where everyone wants to see South African cricket. People expect higher and a lot from us -- this World Cup was totally different but I'm pretty sure things will be fine for South Africa."

The match starts at 6 PM IST.