India registered an 89-run win over Pakistan in the Cricket World Cup 2019. Sanjay Manjrekar feels that India were very smart and intelligent in their win. 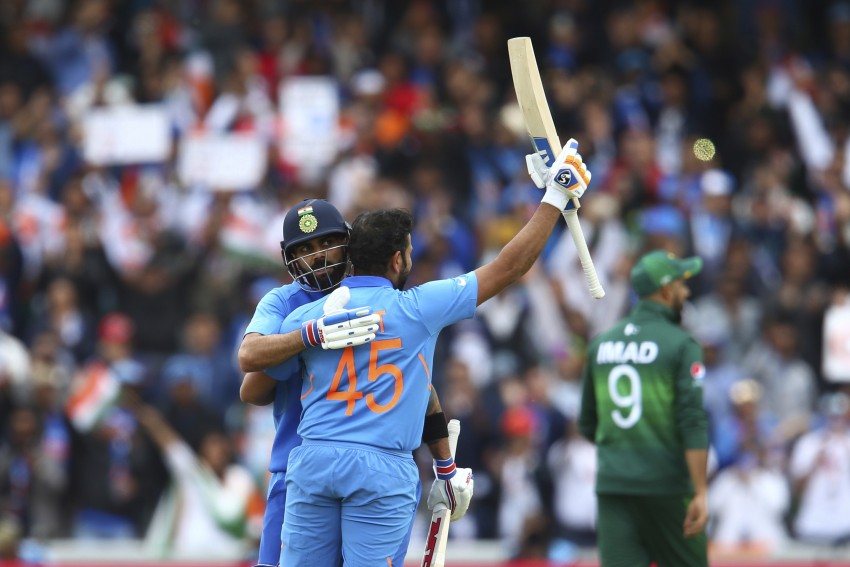 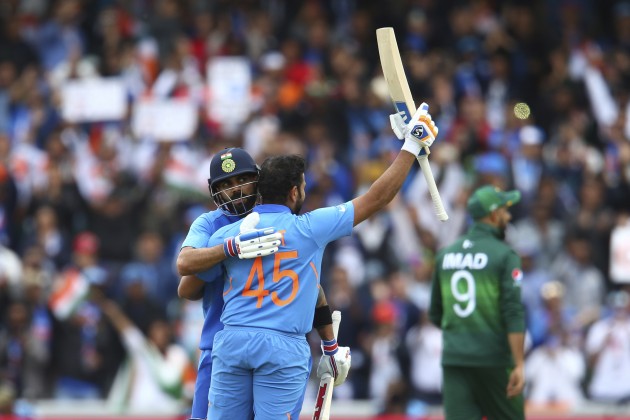 Former cricketer Sanjay Manjrekar hasn't been able to stop talking about India's huge win over Pakistan in their recent Cricket World Cup 2019 clash on June 16, in Old Trafford (Manchester). The 53-year-old has been lavishing praises on Virat Kohli's outfit, particularly pointing out how intelligence helped India notch an easy victory over their eternal rivals.

The Men in Blue recorded an 89-run win via the DLS method. Sarfaraz Ahmed's side could only muster 212-6, after a revised target of 302 within 40 overs in a rain-threatening fixture.

It was too risky with the weather around and taking DLS method into consideration not to want to chase. Virat was thinking right. And Sachin read the pitch right. ðÂÂÂÂÂÂ https://t.co/ADbZXkyjMf

Manjrekar pointed out in Twitter that Kohli was right to think in bowling first, although Pakistan won the toss. The weather conditions and elements of the DLS method would have made a chase tougher for Ravi Shastri's side.

While talking about Bhuvi’s injury, Virat said we have Shami in the reserves, just in case. I could see the pride in his eyes when he said that.
Indian cricket ( bowling ) has never been healthier.#BCCI #IndianCricket

Lately, India have built a strong bowling line-up with plenty of options. Now, Bhuvneshwar Kumar has been sidelined with a hamstring injury, for three games. Virat Kohli had reassured the fans that Mohammed Shami is there in reserves and is a good replacement, which aptly shows how India have evolved considering their attack. Manjrekar also supported that!

He also praised Rohit Sharma, who smashed 140 runs in 113 balls, and has been crucial for India lately. Earlier, Rohit was known to lose his wicket pretty fast, due to a slow and shaky start. But now, the batsman has become very reliable, and has won matches for India. Manjrekar stated, "The Rohit Sharma that used to play a wild shot & get out after a promising start leaving us tearing our hair out is long gone. He is currently in a great mind space. Shows also in his leadership of MI."

The Rohit Sharma that used to play a wild shot & get out after a promising start leaving us tearing our hair out is long gone.
He is currently in a great mind space. Shows also in his leadership of MI. ðÂÂÂÂÂÂðÂÂÂÂÂÂ#RohitSharma

He also praised India's selection, particularly the inclusion of Kuldeep Yadav, who took two wickets and conceded 32 runs against Pakistan.

Master stroke was selection. Not to exclude Kuldeep because of overhead conditions and weather around. https://t.co/nHaiDJg3Em

Next up, India face Afghanistan on June 22, in Rose Bowl Cricket Ground.