All eyes were on the five-match ODI series between hosts England and Pakistan as the Cricket World Cup 2019 looms large. While favourites England continue to set new batting standards, Pakistan's preparation ends in a gloom 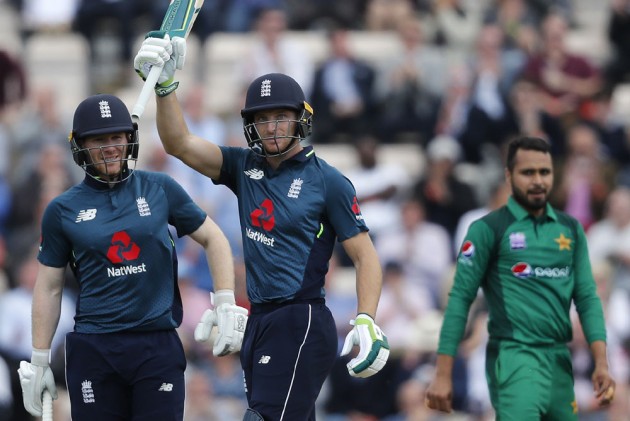 As teams continued to make final preparations for the Cricket World Cup 2019, all eyes were on the five-match ODI series between hosts England and Pakistan for various reason. England, as expected, won the fifth and final match by 54 runs in Leeds to take the series 4-0. The second ODI ending in a no-result, thanks to the rain.

First thing first. Everybody wanted to see the nature of the English pitches. True to the recent history of English pitches, they remained flat and batting friendly. Couple it with short boundaries, batsmen plundered runs. There were seven 340+ scores -- four for England and three for Pakistan. Meaning, this World Cup will be a high-scoring affair. Yes, continuing with the tradition of the bat dominating the ball in big ICC events.

Second, England continued their spot-less World Cup preparation with yet another ODI series win. They are now unbeaten in ten successive bilateral series -- winning nine and drawing one. Since the last World Cup, they have scored the two highest totals -- 444/3 vs Pakistan in 2016 and 481/6 vs Australia in 2018, both at Nottingham. And they have been scoring 350+ scores with ease, batting first or second. They are here to outbat others and lift their elusive World Cup trophy with the handle of the bat. And their bowling also looks good, which will be bolstered by the eminent drafting of Jofra Archer.

Third, Pakistan's fabled firepower remained missing throughout the series. If Pakistan are to repeat their miraculous Champions Trophy win two years ago in England, the 1992 champions will need to quickly solve their bowling worries. Without experienced bowlers like Mohammad Amir, their bowling lacked the bite. Their batting unit performed creditably well though, but other teams will also score in plenty in England. Another area of concern is their collective failure as a fielding unit.

So, what we learned from the last ODI series involving two heavyweights before the start of the 12th edition of the World Cup is - England continue to set new batting standards in their batting paradise while Pakistan find themselves lurching in the wilderness. That leaves us with the question of how other teams will fare against England in this World Cup?

For one, it will take a very good bowling attack to jolt this England batting line-up. And second, the playing conditions demand gifted, strong batsmen who can change the course of a match in a matter of overs, like Jos Buttler.

And no matter how strong the batting and bowling units are, fielding still matters. Catches win matches! Isn't this the most famous proverb in cricket?