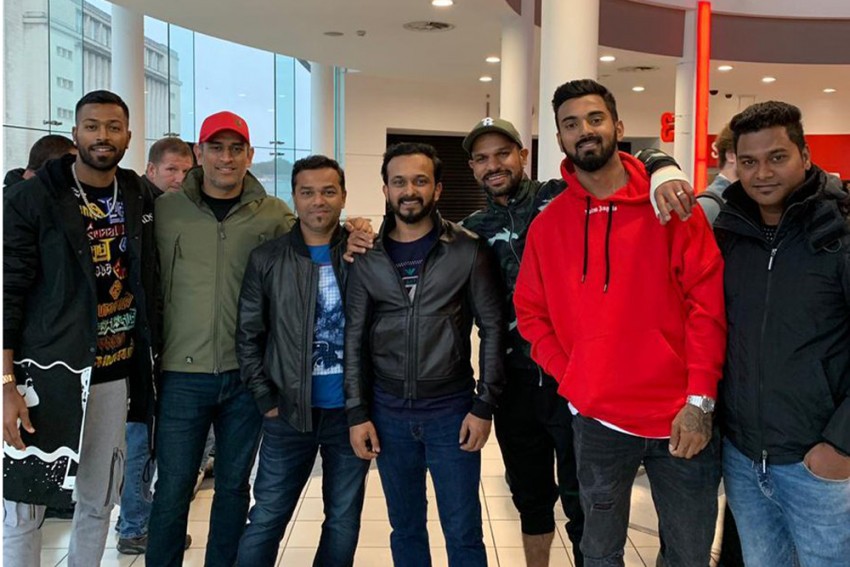 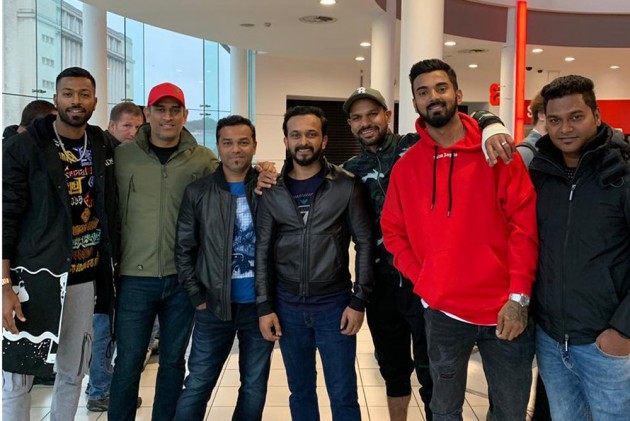 Having won all their 2019 Cricket World Cup fixtures until now, Indian cricket team are enjoying their stay in England with much zest and liveliness. As part of team activities, the Men in Blue went out to watch the new Bollywood movie, Bharat (starring Salman Khan and Katrina Kaif), in Nottingham, on Tuesday. India's right-handed batsman Kedar Jadhav shared a picture of the team after the screening. The photo consisted of the likes of Hardik Pandya, MS Dhoni, KL Rahul, and Shikhar Dhawan.

The photograph had Shikhar Dhawan, who is currently injured and out for three weeks. It is highly probable that KL Rahul will fill in the void left by Dhawan, partnering Rohit Sharma. It was earlier revealed that the left-handed batsman would undergo precautionary scans to determine the extent of injury on his swollen left thumb.

Also, Salman Khan replied to the tweet. He thanked them for watching his movie, and wished them luck for the upcoming matches.

Also, Rishabh Pant has been called up to provide cover for Dhawan (not as a replacement). Pant was one of two designated standbys, with Ambati Rayudu.