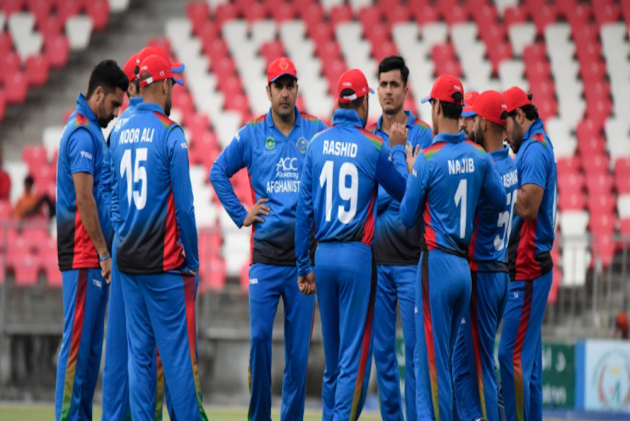 Afghanistan has announced their 15-man squad for the upcoming 2019 ICC Cricket world cup on Monday.  The team will be captained by Gulbadin Naib and former captain Ashar Afghan also features in the squad.

The side also features superstars Mohammad Shahzad, Rashid Khan, Mohammed Nabi and spinner Mujeeb ur Rahman. Afghan was removed as captain in all formats earlier this year.

Pacer Hamid Hassan has been recalled after nearly a three-year hiatus. However, his fitness remains under scrutiny after he had been laid low by a thigh injury. The 31-year-old has represented Afghanistan in 32 ODIs with 56 wickets to his credit.

"Luckily for us, the comeback of senior fast bowler Hamid Hassan is good news. However, we will take into account his form and fitness during upcoming practice matches," chief selector, Dawlat Khan Ahmadzai said in a statement.

"As chief selector, It is my duty to select a competitive team. However, there were some challenges that we needed to handle. We selected the best squad considering factors such as experience, fitness, team balance, current form and conditions," Ahmadzai said.

Ahmadzai said the side will aim to play inspirational cricket during the tournament which starts May 30 in the United Kingdom.

"It is has been a six-month preparation process for the ICC Cricket World Cup. The mission is to play inspirational cricket in the tournament; I know there are strong teams but we will do our level best to achieve our goals," he said.

Ikram Alikhil, Karim Janat and Sayed Shirzad were named the three designated reserves by the committee.

Afghanistan start their world cup campaign against Australia on June 1.