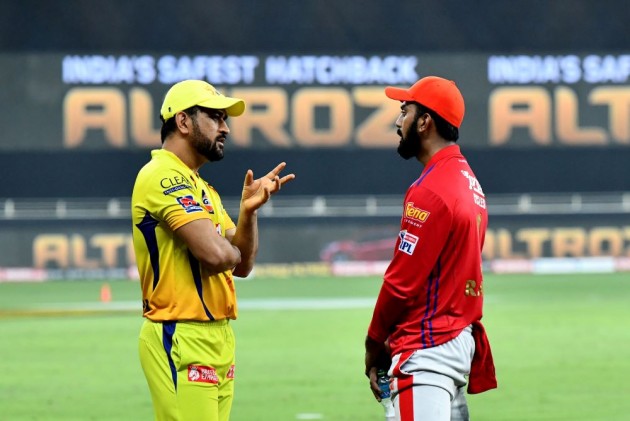 Chennai Super Kings, already out of IPL 2020, are spoiling the happiness of teams gunning for playoff spots. Having defeated Royal Challengers Bangalore and Kolkata Knight Riders in a span of five days, Chennai Super Kings are a team with nothing to lose and everything to gain. Any team with such a mind-set can be a dangerous proposition. Kings XI Punjab will be wary of MS Dhoni's CSK going into their final league match in IPL 2020. With three teams on 12 points from 13 matches, KXIP have to win against CSK to keep their hopes of making the IPL playoffs alive. KXIP are fourth in the standings but everything could change. Watch CSK vs KXIP live. (POINTS TABLE | FIXTURES & RESULTS)

Kings XI Punjab saw their five-match winning streak ending on Friday. Rajasthan Royals rode decisive knocks from Ben Stokes and Sanju Samson to score an emphatic seven-wicket victory. KXIP lost after scoring 185 runs that once again highlighted the limitation in their bowling department. The match against RR will of course be remembered for Chris Gayle's 99 and one in which he struck his 1000th T20 six! But what the Universe Boss does against Chennai Super Kings on Sunday will count.

CSK are on a team-building mode. Dhoni has been trying out CSK's bench strength and Ruturaj Gaikwad has emerged a good prospect with two back-to-back Man of the Match Awards. The Maharashtra batsman has been very impressive and his 72 off 53 balls against Kolkata Knight Riders has been much talked about. Ambati Rayudu and Ravindra Jadeja have also struck form and will test Mohammad Shami-led KXIP's bowling strength that has not always been on the money.

Chennai Super Kings and Kings XI Punjab have gone head-to-head in the IPL on 22 occasions with CSK winning 13 and KXIP nine. Watch CSK vs KXIP live.