Could Have Transferred Corrupt SAI Officials, But We Didn't Want Cover Up: Sports Minister Rajyavardhan Rathore

The CBI on Thursday took six people into custody, including Sports Authority of India (SAI) director and three officials, in connection with a case of alleged corruption. 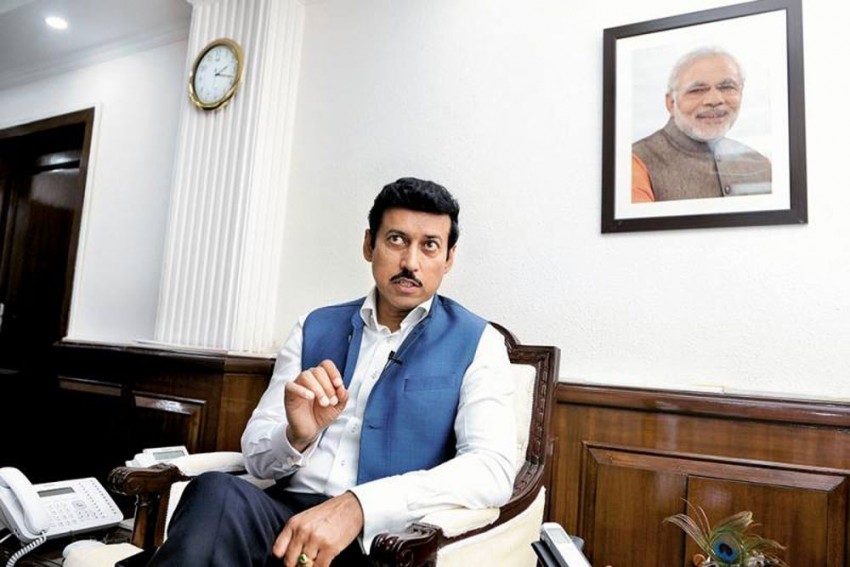 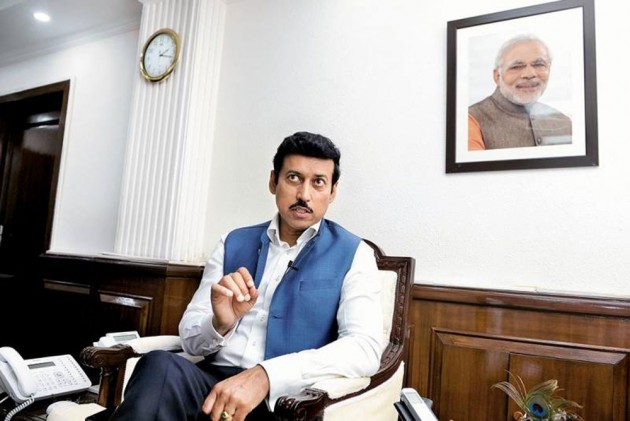 Sports Minister Rajyavardhan Singh Rathore said that the government entrusted CBI to investigate the corruption allegations levelled against the sports department officials as transferring them wouldn't have addressed the real problem.

The CBI on Thursday took six people into custody, including Sports Authority of India (SAI) director and three officials, in connection with a case of alleged corruption.

It is alleged that bills of Rs 19 lakh were pending to be cleared by the SAI officials for which a demand of three per cent was being made.

"A few months back, we got information that a few officials of sports department have been involved in corruption. We could have transferred them but that wouldn't have been a solution to the problem but only a cover up," Rathore said on his official Twitter page.

We, as a govt,are committed to a corruption-free India

That's why when we found out corrupt practices by a few officers in @IndiaSports, we gave their info to relevant agencies,who arrested them today

We will continue to have zero tolerance approach towards corruption @PMOIndia pic.twitter.com/R8YuRceS2X

The sports minister said that probe agency was handed over the investigations as people expect the government to take action.

"As the public expects from our government, we entrusted the duty of investigation to the agencies. After few months of investigation, on Thursday, they raided SAI and arrested a few officials.

"We expect the (CBI) agency to take the investigation to the right conclusion and our endeavour is to put an end to any corruption existing in sport. We want to free sport from any sort of corruption. for that matter any ministry and any sort of corruption. We are committing to working and making our system transparent and fair," the Athens Olympics silver medallist said.

The arrests were made during searches at the sports administrator's office in Delhi's Lodhi Road area, they said.

The Central Bureau of Investigation or CBI officials reached the SAI headquarters at the Jawaharlal Nehru Stadium around 5 pm and sealed the entire premises, sources in the SAI said.

It was learnt that the raid happened after SAI Director General Neelam Kapur took up the matter with the CBI.

''The matter came to light before SAI DG 6 months back after which she informed the sports minister. On the insistence of the minister the DG wrote to the CBI,'' the source said.

The accused staff was responsible for procuring all office stationeries and were dealing with tenders of all electronic equipment and furniture required for SAI offices.

The irregularities were going on in SAI for more than a year, the source said.