Chelsea will meet Manchester City in the Champions League final in Istanbul after seeing off Real Madrid comfortably in the last four. 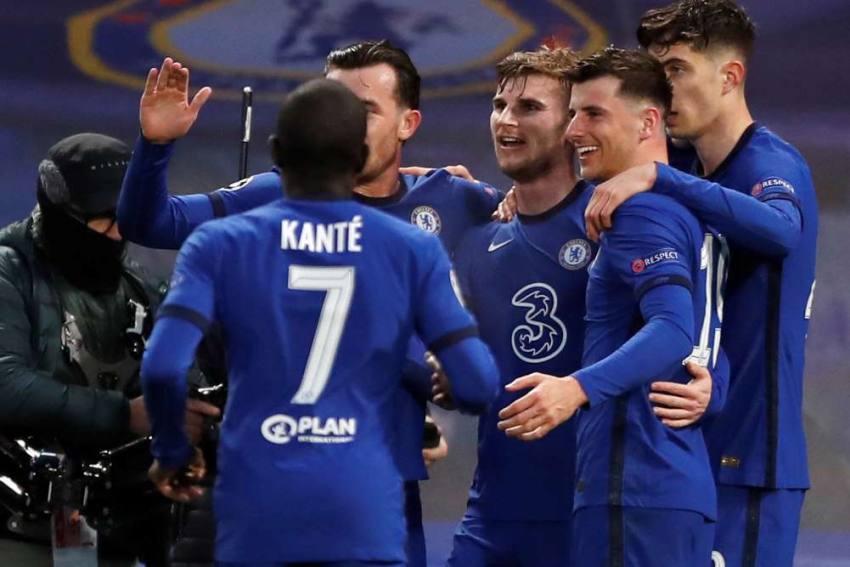 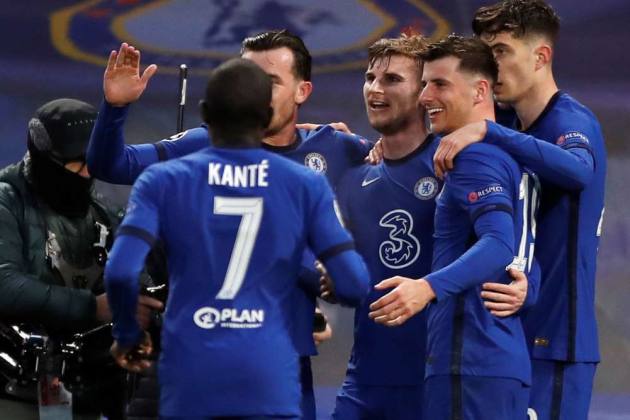 Chelsea reached the Champions League final after a 2-0 win over Real Madrid on Wednesday completed a 3-1 aggregate victory in the semi-final. (More Football News)

Thomas Tuchel's side will meet Manchester City in Istanbul after a fully deserved triumph at Stamford Bridge, secured through Timo Werner and Mason Mount.

The Germany international's first open-play goal in the competition since September 2019 put the Blues ahead before Mount converted from close range in the closing stages after the hosts had missed a plethora of second-half openings as they countered Madrid with ease.

Zinedine Zidane's men looked out of sorts in a makeshift 3-4-3, even with captain Sergio Ramos and former Chelsea star Eden Hazard back in the side, as their winless record against the Premier League club stretched to five matches.

Following a quiet start, Werner had the ball in the net after 18 minutes but the forward had strayed offside before meeting Ben Chilwell's low cross.

Madrid enjoyed 73 per cent of the possession in the first 25 minutes and Edouard Mendy made a brilliant one-handed save to keep out a shot from Karim Benzema on the turn.

Yet they went behind two minutes later. N'Golo Kante's superb turn of pace allowed him to set up Kai Havertz, and although his chip came off the crossbar, Werner was on hand to nod in the rebound.

Benzema was denied again by Mendy, this time from a close-range header, but Madrid struggled to create opportunities despite their dominance of the ball.

Havertz again struck the woodwork with a powerful header just after the restart, but this time Thibaut Courtois breathed a sigh of relief as the ball bounced over and behind.

Mount wasted a glorious chance, driving at Courtois but blasting his finish over, and Havertz was denied by the goalkeeper's leg when through following a simple ball over the top.

Kante also wasted a good opening before Mount at last killed the contest, steering into the net from Christian Pulisic's cut-back after Madrid lost possession in their own half.

What does it mean? Chelsea to battle City second all-English final in three seasons

Madrid had never beaten Chelsea in four previous European meetings coming into this match and had not won in four consecutive away games against English sides in the competition.

It seemed the omens had weighed on the visitors as they failed to create anything meaningful beyond the first-half openings for Benzema, with the players looking uncomfortable in Zidane's system.

Chelsea, by contrast, were diligent and energetic and fully deserved to reach a third Champions League final.

No messing from Mendy

Mendy made four saves as Chelsea faced four shots on target in the first half of a Champions League game for the first time since October 2017 against Roma.

His two from Benzema were exceptional and helped to put his side in a commanding position at the break – one they did not relinquish.

Zidane guided Madrid to three consecutive trophies in this competition and oversaw an impressive defeat of Liverpool in the previous round.

However, his back-three set-up here, somewhat enforced by injury problems, was vulnerable to Chelsea's breaks throughout and seemed to stifle Hazard, Benzema and Vinicius Junior.

- Chelsea have reached their third Champions League final, also doing so in 2008 and 2012. Only Manchester United and Liverpool (four each) have reached more among English teams.

- This season's Champions League final will be contested by two English teams for a third time, also occurring in 2008 (Chelsea versus Manchester United) and 2019 (Liverpool versus Tottenham).

- The final will represent only the eighth time two teams from the same nation will be contesting the showpiece, with Spanish teams also doing so a joint record three times – 2000 (Real Madrid versus Valencia) and 2014 and 2016 (Real Madrid versus Atletico Madrid).

Chelsea face something of a warm-up act for the final when they meet Pep Guardiola's City in the Premier League on Saturday. Madrid's LaLiga title battle resumes against fellow contenders Sevilla.