Thibaut Courtois had a clean sheet against Liverpool, setting up a semi-final showdown with his former club Chelsea 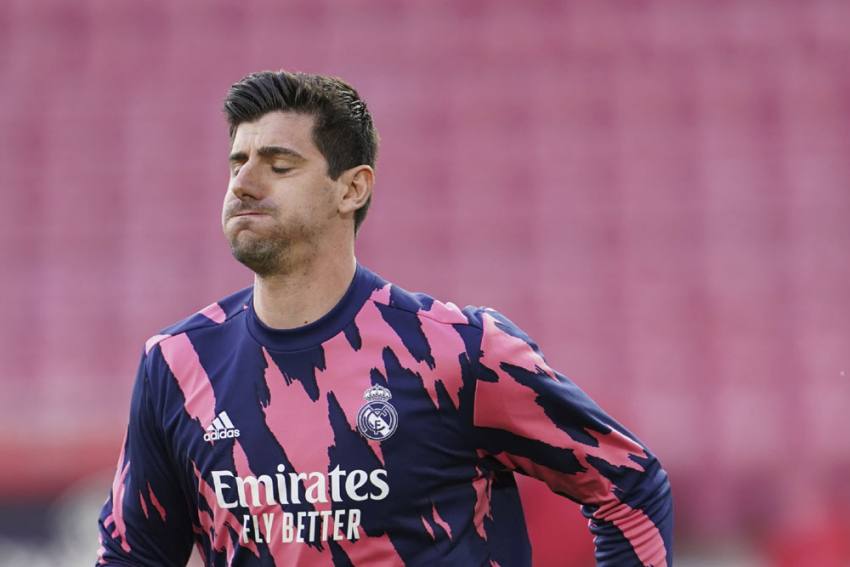 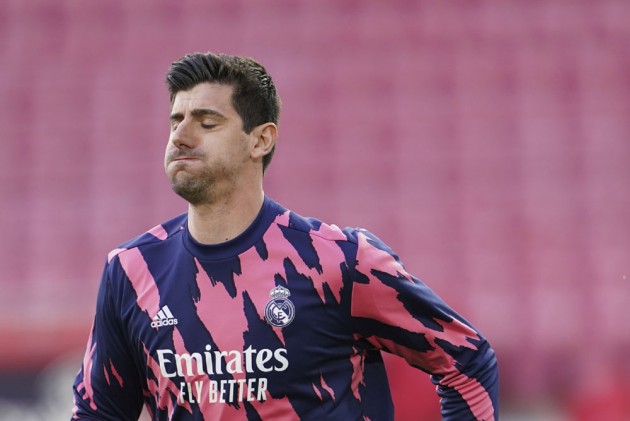 After Madrid held Liverpool to a goalless draw on Wednesday, the LaLiga champions progressed to the semi-finals for the first time since 2018 via a 3-1 aggregate success.

Madrid will now face Thomas Tuchel's Chelsea for a spot in the decider – Los Blancos have qualified for the semis of the European Cup/Champions League for the 30th time, at least 10 more than any other team.

"We came into today off the back of two really difficult games and maybe we just lacked the legs in attack but defensively we ran as if we had twelve men on the pitch," Courtois said.

"It was unbelievable. Everyone has to put that effort in when we're taken to the limit.

"We had to dig in and give it our all and that's what we did. That's crucial for the team's desire and in order to show we're a unit."

We’re in the semi-finals!! Proud of the team that worked hard to deserve this next step in the Champions! #HalaMadrid pic.twitter.com/5okgEE8aej

He won two Premier League titles and other honours during his time at Stamford Bridge.

Madrid have faced Chelsea more often without winning than any other side in their entire history, failing to win in all three games against the Premier League outfit (D1 L2), while their upcoming semi-final encounter will be their first ever Champions League meeting.

"It's a special game against my former club. Since [Thomas] Tuchel came in, they've played 3-5-2, 3-4-3 and they're doing well, not conceding many goals," Belgium international Courtois said.

"It's going to be a tough match but I hope we can come through it.

"We're hungry to win another Champions League and we have to try and go into it on a high. We might get some of our injured players back but everyone who played today showed we're a fantastic team."

While Madrid hope to add to their record 13 European titles, Courtois is seeking his first.

Courtois has reached the Champions League final once before, but that 2014 showdown against Madrid ended in heartbreaking fashion as Atletico conceded an equaliser in stoppage time, then three more in a 4-1 extra-time defeat.

Now he and his team will be hoping to maintain the stingy defence they displayed midweek, even without the injured Sergio Ramos, Raphael Varane and Dani Carvajal.

The Spanish giants have now progressed from 11 of their 12 two-legged knockout ties in the Champions League under Zinedine Zidane, with the club's only elimination coming against Manchester City in last season's round of 16.

"Me and [Eder] Militao are part of the squad and we're here for a reason. We're well prepared for games like the one tonight," said Madrid defender Nacho.

"We've played three of the most demanding games together and we've produced high-level performances. So I'm pleased for myself, for Militao and especially for the whole team."