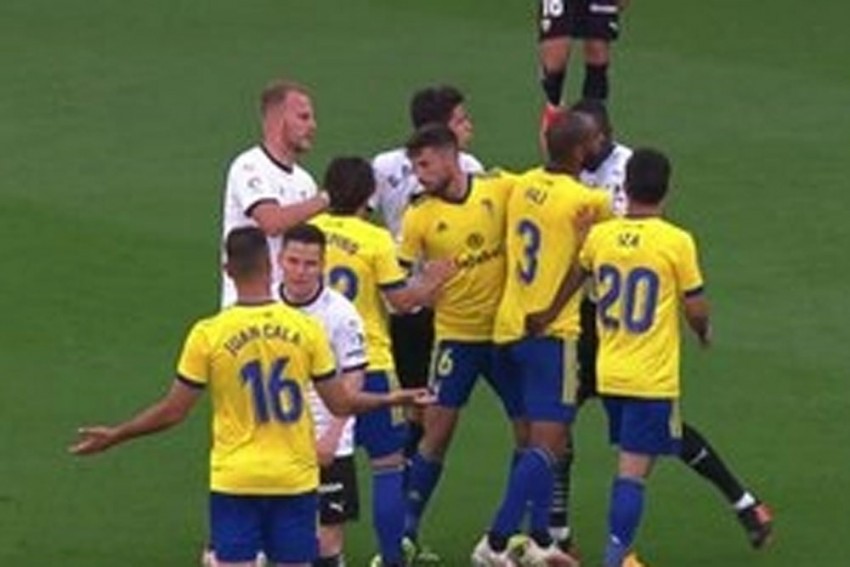 Valencia's players subsequently walked off the pitch, before returning to the field without Mouctar Diakhaby, who asked to be taken off
Screengrab
Stats Perform 2021-04-05T20:40:48+05:30 Cadiz Defender Juan Cala To Face Media After Juan Diakhaby's Racism Allegations 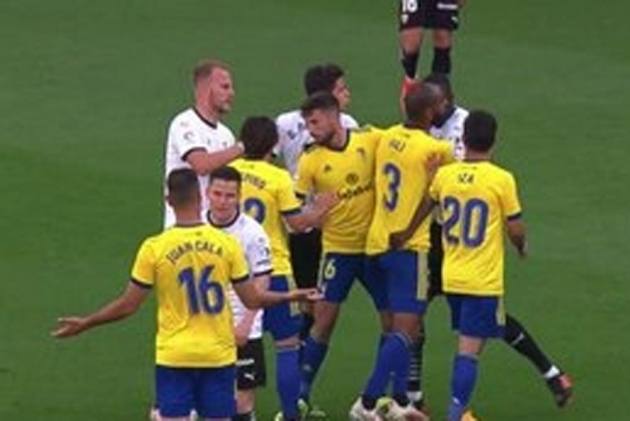 Juan Cala will speak to the media on Tuesday following allegations of racism by Valencia's Mouctar Diakhaby, his club Cadiz have confirmed. (More Football News)

Sunday's LaLiga meeting between the sides – which finished 2-1 to Cadiz – was stopped for 20 minutes after Valencia's players left the field following an altercation between Diakhaby and Cala.

Gabriel Paulista and Kevin Gameiro attempted to defuse the situation before Diakhaby explained his version of events to referee David Medie Jimenez.

Valencia's players subsequently walked off the pitch, before returning to the field without Diakhaby, who asked to be taken off.

After the match had restarted, Valencia tweeted their version of events, stating Diakhaby had suffered a "racist insult".

Following the game, Cadiz issued a statement on their club website, insisting any form of racism was not tolerated.

However, they also added they had no doubts over the honesty of their squad, with Cala having been picked up by television cameras pleading his innocence during the game.

Posting on their official Twitter account on Monday, Cadiz confirmed Cala will address the media following training on Tuesday.

Juan Cala will speak to the media on Tuesday after the training session.