Lucien Favre and Borussia Dortmund were forced to deny rumours that he is set to resign, and face Paderborn attempting to at least keep some pressure on reigning Bundesliga champions Bayern Munich, who sit seven points clear with six matches remaining 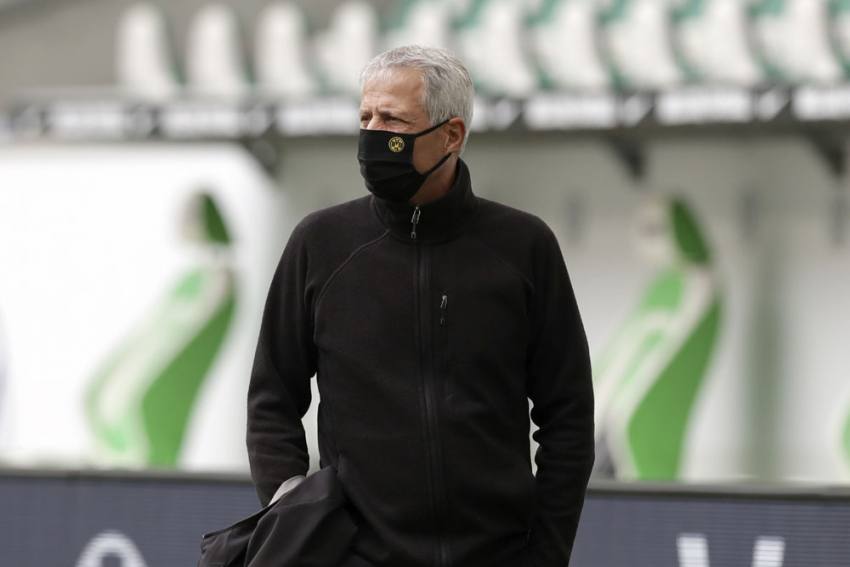 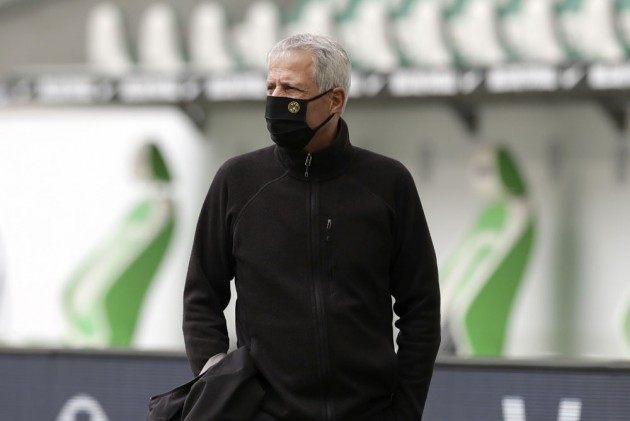 Borussia Dortmund visit bottom side Paderborn on Sunday with uncertainty surrounding the future of coach Lucien Favre after Tuesday's 1-0 defeat by Bayern Munich left their Bundesliga title dreams in tatters.

Favre and Dortmund were forced to deny rumours that he is set to resign, and face Paderborn attempting to at least keep some pressure on reigning champions Bayern, who sit seven points clear with six matches remaining.

Second-placed Dortmund may also have to make do without Erling Braut Haaland, after the teenage sensation was injured against Bayern, reportedly in an accidental collision with the referee.

Swiss Favre was forced to clarify comments made on Tuesday when he said he would "talk about it (his future) in a few weeks", saying the following day that he was not "giving up at all".

Several German newspapers have suggested Favre is set to leave at the end of the season, with Niko Kovac, who was sacked by Bayern last year, reported to be his likely successor.

"We are certainly not having a coaching debate," Dortmund sporting director Michael Zorc insisted to Sport1.

"Lucien must have expressed himself misleadingly in a moment immediately after the game."

Barring an unlikely late-season collapse from Bayern, it will be the second straight season that Favre's Dortmund have pushed their rivals close in the title race before ultimately coming up short.

Dortmund led for much of the campaign last term but stumbled late to finish two points off the pace.

"We said before the season that we wanted to play for the title again," added Zorc.

"We didn't manage to be better than Bayern. Now we can be disappointed, take a deep breath, and then set a new goal for Sunday. Full focus is on second place."

Dortmund will be confident of getting back on track against a Paderborn side who are rooted to the foot of the table, eight points adrift of the relegation play-off spot, despite three consecutive draws since the Bundesliga resumed following the coronavirus lockdown.

"We mustn't talk of a miracle because there are still 18 points to be won," said Paderborn coach Steffen Baumgart.

"As long as it's still mathematically possible we have to give it everything we've got."

Bayern are now firmly on track for a record-extending eighth straight title and on Saturday host a Fortuna Duesseldorf side who boosted their survival hopes with a 2-1 midweek win against freefalling Schalke.

"We set out to take a big step (against Dortmund). We succeeded. We showed a lot of determination," said Bayern coach Hansi Flick.

Duesseldorf, who occupy the relegation play-off spot, are five points clear of second-bottom Werder Bremen, although the four-time Bundesliga champions have a game in hand.

Bremen, who have only spent one season out of the top flight since the Bundesliga's formation in 1963, visit Schalke on Saturday.

Schalke coach David Wagner is under pressure after his side threw away their European hopes with a 10-match winless run, including three straight defeats since the restart of the season.

-- Dortmund will need Jadon Sancho to be back at his best on Sunday, with Haaland's injury leaving them without a recognised out-and-out striker.
English winger Sancho is yet to start a game since the restart after his own fitness problems, but has featured as a subsitute in all three matches.

The 20-year-old has scored 17 goals in all competitions this season.

5 - Home wins in the 27 matches behind closed doors since the league returned.

5 - Shots by Haaland without scoring against Bayern. He had previously scored 10 goals from 21 attempts on goal in the Bundesliga.

Tokyo Olympics Just Beginning The Race To Reset Themselves