Australia beat Bangladesh at Trent Bridge to score their record fifth win from six games. Glenn Maxwell is bracing up for the 2019 Cricket World Cup game vs England at Lord's on Tuesday 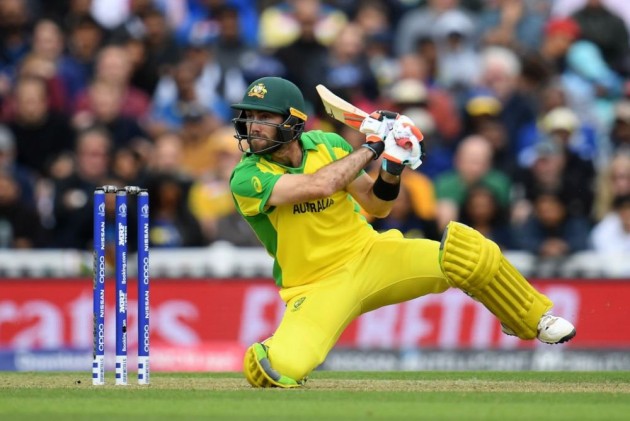 Glenn Maxwell reckons Australia’s batsmen are looking forward to the challenge of tackling the extreme pace generated by England’s quicks in an “exciting” Lord’s showdown next week and thinks the hosts’ fast show could actually work to the world champions’ advantage. (2019 CRICKET WORLD CUP FULL COVERAGE)

After despatching the more gentle Bangladesh bowling to all parts of Trent Bridge on Thursday, Maxwell explained that Australia’s in-form stroke makers had already been preparing for next Tuesday’s eagerly-awaited clash with their traditional adversaries by facing an examination in the nets from their own speedsters. (AUS vs BAN HIGHLIGHTS | SCORECARD)

Maxwell, who played perhaps the most marvellous little cameo seen at the ICC Men’s World Cup 2019 with his 10-ball 32, and Marcus Stoinis, who on his return from injury took the crucial wicket of Shakib Al Hasan, both played important parts in the win over Bangladesh but they were quickly pondering a first meeting of the Ashes summer with Eoin Morgan’s “red hot” England team.

ALSO READ: Warner Shares His Thoughts After Scoring 166 Against Bangladesh

Maxwell admitted that there was more excitement for him when bowlers like England’s pace duo of Jofra Archer and Mark Wood were slinging them down.

“I think that sort of pace probably suits our attack a bit more, a bit more pace on the ball, something we’re a bit more used to,” added Maxwell, who had looked on course to record the quickest half-century in World Cup annals at Nottingham when he was run out in a mix-up with Usman Khawaja.

“So I think it’s a challenge we’re up for and we’re certainly getting enough practice in the nets against our bowling attack, that’s for sure,” he added in a reminder that in Mitchell Starc and Pat Cummins, Australia have their own twin terrors.

Maxwell painted the picture of the champions improving with each outing in their title defence, even if the 48-run win was not flawless.

“I just feel like we’ve been building and building each game, getting better in different areas. I thought against Bangladesh we were just a little bit off at different stages during the game, but that can happen I suppose,” he said.

Lord’s and England would concentrate minds perfectly, though, he felt.

“It’s been a pretty long tournament so far, but we’ve got a few days to refresh now and get ourselves up for England,” said Maxwell. “And what better place to get amped up for the game than at Lord’s. We’re all looking pretty much forward to that now.”

Both he and Stoinis can be the most destructive of batsmen but they have their own concerns about how to contain an England batting line-up that has been in record-breaking form.

“Going to be a good challenge,” said Stoinis. “Hopefully, I can nail some yorkers and bowl a few good slower balls because they’re on fire. We’ll definitely come up with some plans for them.”

What, Stoinis was asked, made him think Australia could turn around their recent wretched ODI record against England

“We’ve won 13 of our last 14 matches (against all opposition) so we’re pretty confident ourselves now. Everyone’s been working towards this World Cup for a long time. Two of the best players in the world (David Warner and Steve Smith) have come back to our side, and we’re playing at the right time for us.”

Maxwell too recognised how Warner’s growing confidence following his second century of the 2019 competition - his 166 was also the biggest innings of the tournament so far - was a real boon for the side.

“Davey was outstanding,” he said. “In the Pakistan game (when Warner got out soon after reaching three figures), I think he would have thought he’d left a few out there, getting out before he’d really seen us to a safe position.

“Yet against Bangladesh, he started his innings pretty similar to what he has done - a bit slow, hitting the field a few times - but, once he’d got past that, he caught up, accelerated, got past 150 and basically left no doubt that we would make a big total.

“It was really pleasing from a team point of view watching Davey go about that. He was able to keep going, accelerate, and really dominate the whole innings.”

What Australia could also do with is a longer spell of Maxwell’s own unique brand of brilliance. “You’re always pretty disappointed to get run out especially when you start like we did,” he said. “It would have been nice to get a few more runs.”