Brazil Vs Chile, Live Streaming: When And Where To Watch Copa America 2021, 2nd Quarter-final Match 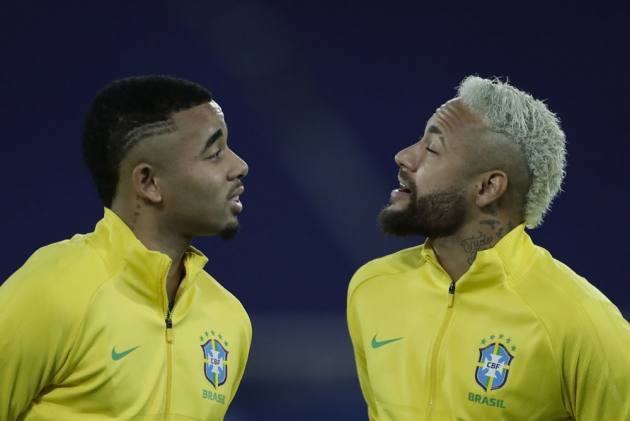 Brazil's 10-match winning streak was ended by Ecuador in their final group game of the CONMEBOL Copa America 2021. But the defending champions still topped Group B with three wins in four outings. And they enter the knock-outs with renewed vigour, knowing too well that any slip up will end their title defence. (More Football News)

In contrast, Brazil's quarter-final opponents, Chile survived Group A elimination despite winning just one game. Chile have only one defeat in the last seven matches in all competitions (W2, D4). However, that defeat come in the last game, falling 0-2 to Paraguay.

But their respective forms in the group stage will have little bearing in the knock-outs. Chile have been in the mixed in recent editions, winning back-to-back titles in 2015 and 2016 (the Centenario), and they also finished fourth after losing to Argentina in the third-placed play-off in 2019.

Martin Lasarte's La Roja can still mount a serious title challenge despite the absence of mercurial Alexis Sanchez, who's still recuperating. In Arturo Vidal, they have a world-class operator, who can feed the likes of Ben Brereton and Eduardo Vargas.

For Brazil, it's another step towards their title defence. Unlike Chile, Selecao have no injury worries and Tite can field the strongest XI. In fact, Brazil are spoilt for choice. Such is the bundance in quality that as mnay as nine payers -- Marquinhos, Neymar, Gabriel Barbosa, Alex Sandro, Everton Ribeiro, Richarlison, Roberto Firmino, Casemiro and Eder Militao -- have scored in the grouo stage.

The winners will take on either Peru or Paraguay, who face off in the first quarter-final.

Brazil have also won the last four games against Chile in Copa America, scoring 11 goals in that period, while conceding only once. The last time Chile managed to score more than one goal against Brazil in the competition were in the 1993 edition (Chile 3-2 Brazil).

No other team have scored more goals from aerial attacks than Brazil in the current Copa America. In total, they have scored three headed goals.

No other Brazilian player has more touches in the opposition box than Richarlison (26). He is only surpassed in the current tournament by Uruguay's Luis Suarez (27).