The team was hit by a positive COVID-19 case in a support staff member, however, none of the travelling boxers returned positive 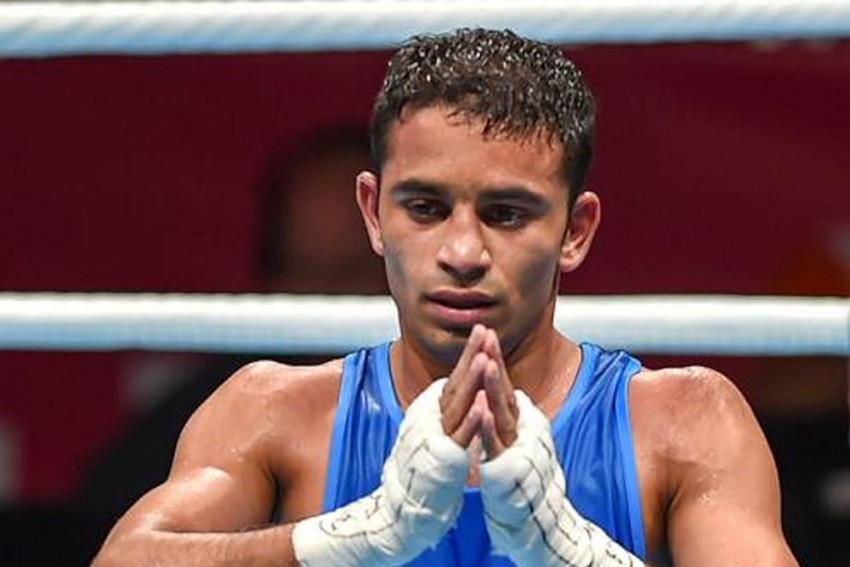 Amit Panghal (52kg) stormed into the final after three other Indian boxers were assured of medals at the World Cup in Cologne, Germany on Thursday even as a positive COVID-19 case among the support staff caused some anxiety in the contingent. (More Sports News)

Asian Games champion Panghal defeated Frenchman Billal Bennama, a bronze-medallist from the world championship where the Indian won a silver, in his semifinal bout. The diminutive Haryana-lad prevailed 5-0 in the clash.

Earlier, three Indian women were also assured of medals after finding themselves in semifinals when draws were unveiled.

Pooja Rani (75kg), Manisha (57kg) and Simranjeet Kaur (60kg) made the last four due to the small size of their respective draws.

"A physio, Rohit Kashyap, has tested positive for COVID-19 but the boxers are fine. They have been tested again and returned negative. The physio has been isolated and is doing alright," a source in the Sports Authority of India (SAI) told PTI.

The contingent was also hit by fitness issues with four-time Asian medallist  Shiva Thapa (63kg) and Sanjeet (91kg) forced to pull out of the tournament due to minor niggles.

The rest of the team will compete as planned in the three-day event after which it will return to the country, completing an over a month long training-cum-competition stint in Europe.

Panghal would be up against Frenchman Billal Bennama, a bronze-medallist from the world championship where the Indian won a silver, in his semifinal bout later on Thursday.

In all, four Indian men and five women are in action at the event, which will feature boxers from the host country, Belgium, Croatia, Denmark, France, Moldova, Netherlands, Poland and Ukraine.