Bayern Munich were far from at their best against Union Berlin, and were punished as Marcus Ingvartsen struck late on for the visitors 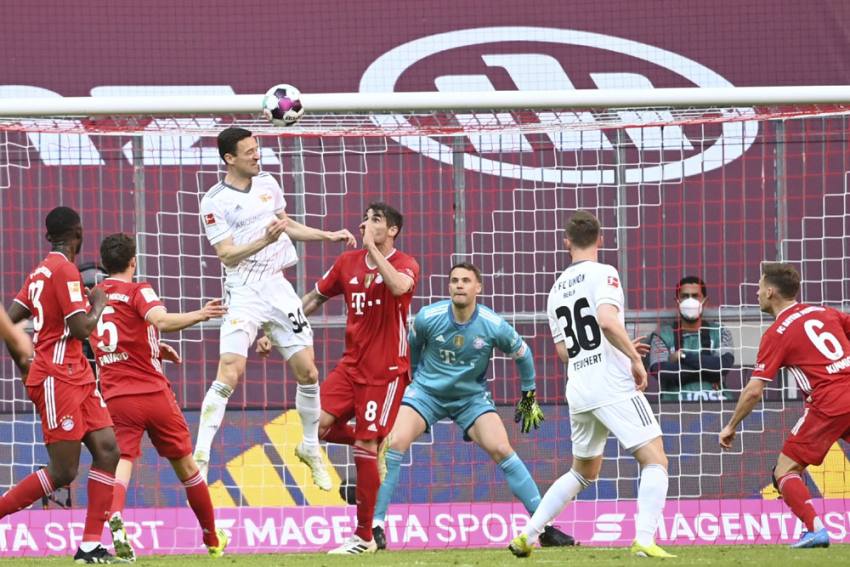 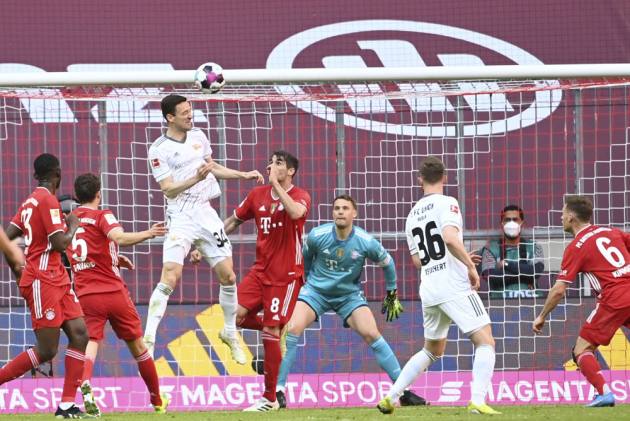 Jamal Musiala's goal was not enough for Bayern Munich as they were held 1-1 by Union Berlin in a match which was hardly ideal preparation for Tuesday's Champions League showdown with Paris Saint-Germain. (More Football News)

Hansi Flick named a much-changed team for the Bundesliga game sandwiched between the two-legged quarter-final tie with PSG, and it appeared as though one of the fresh faces would prove decisive when Musiala – who later went off injured – slotted in after 68 minutes.

Yet Bayern, who also lost Kingsley Coman to injury, were punished for sloppy defending late on when Marcus Ingvartsen bundled in from close range, with help from the unfortunate Josip Stanisic.

While ending a six-match winning run in the Bundesliga, the result also sees Bayern's lead at the top cut to five points, with RB Leipzig defeating Werder Bremen.

Musiala was heavily involved in the opening exchanges, lashing just wide moments after Luthe had prevented a deflection looping in.

Union should have gone ahead in the 23rd minute, but Marius Bulter headed straight at Manuel Neuer from six yards out.

Coman suffered an innocuous leg injury and was replaced by Leroy Sane at half-time, though the winger proved ineffective as Union continued to frustrate their hosts.

Just one of two Bayern players to have previously scored in the Bundesliga against Union, Benjamin Pavard was brought on in the 66th minute, and he swiftly made an impact.

Pavard's cross caused havoc for Union's defence, with Thomas Muller prodding the loose ball into Musiala, who rounded a clutch of defenders before calmly rolling in his fourth Bundesliga goal.

In a potentially worrying turn following Coman's earlier problem, Musiala succumbed to a knock soon after, before Union struck back in the 85th minute.

Mere seconds after Christian Gentner had headed over, Robert Andrich squared for substitute Ingvartsen, who appeared to nudge the ball onto Stanisic and into the back of the net to snatch a point.

What does it mean? A bad week for Bayern

With just six games remaining in the Bundesliga, Bayern are a healthy distance clear of their nearest rivals. However, Leipzig will be buoyed by this result, and without the injured Robert Lewandowski, the Bavarians are missing their star power up top.

All eyes are now on Tuesday's contest at the Parc des Princes, where Bayern will look to overturn a 3-2 first-leg deficit, but if they are not careful, they may let a ninth straight Bundesliga crown slip from their grasp.

It has to be said, though, that Union are not Bayern’s favourite opponents and the Europa League chasers proved a tough nut to crack. Indeed, across the four Bundesliga meetings between the teams, only three Bayern players have scored.

There is no doubting who was the star of the show at the Allianz Arena, and Musiala deserved to be on the winning side.

He topped the statistics for shots (four) and was a constant thorn in Union's side on a day when too many of Bayern’s experienced players failed to step up. He appeared to sustain a knock just after scoring, and with Coman potentially out too, Flick may well be short of numbers down the flanks on Tuesday.

Eric Maxim Choupo-Moting filled in admirably for Lewandowksi against PSG, but the former Stoke City forward was ineffective up top this time around.

He managed just one goal attempt from 18 touches, while failing to create a chance, before Flick switched him for David Alaba – with Muller moving up front – just prior to the hour. Bayern cannot get their star man back quick enough.

- Bayern failed to register a shot on target in the first half for only the second time this season. The previous occasion was in November against Werder Bremen (1-1).

- Bayern have scored in each of their last 64 matches across all competitions, further extending their record scoring run in German professional football.

- Bayern are winless in two consecutive home games in all competitions (1L, 1D) for the first time since November 2018 when they failed to win in four home games in a row under Niko Kovac.

- Muller has had at least one assist in each of his last four Bundesliga appearances. It is the third time he has such a run in the Bundesliga, with his longest sequence stretching to five games between June and October 2020.

- Musiala's goal was his fourth in the Bundesliga and his first not as a substitute.

It is that trip to Paris next up for Bayern. Union, meanwhile, face Stuttgart in the Bundesliga next Saturday.