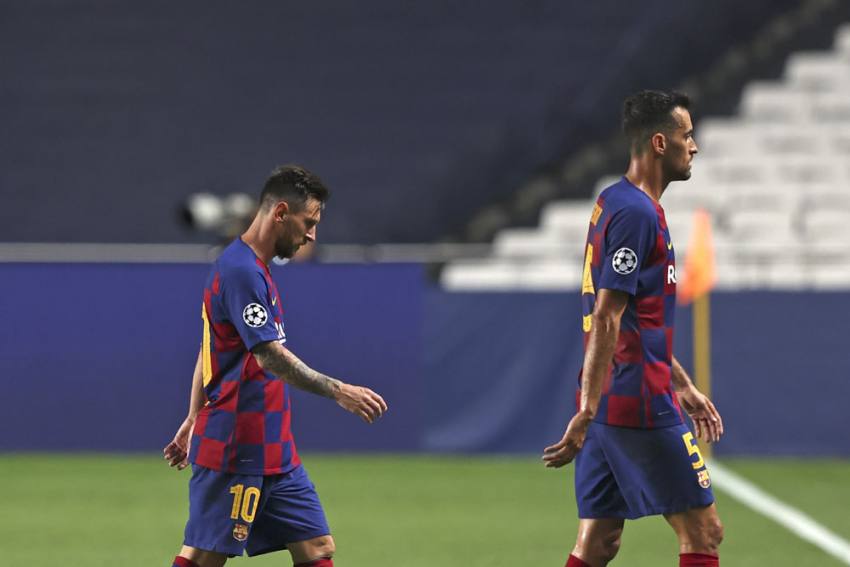 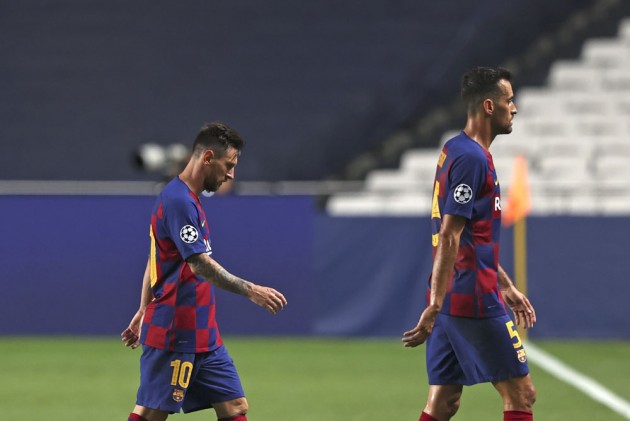 The strangest thing about Barcelona's humbling Champions League exit at the hands of a rampant Bayern Munich is that it wasn't even an entirely new experience for them. (More Football News)

Indeed, Friday's Lisbon horror show represented the third time in as many campaigns that Barca's European journey has ended in ignominy.

Here, we look back on the unwanted hat-trick the Camp Nou giants completed by capitulating once again on the grand continental stage.

A 4-1 first-leg win ensured Barca had one foot in the semi-finals, with their progress practically a certainty.

Perhaps they believed that all too readily, because Roma had an altogether different script in mind and quickly set about creating their version of events.

Edin Dzeko scored after only six minutes to lay the foundation, with Daniele de Rossi converting a second-half spot-kick to pile on the pressure.

It was left to defender Kostas Manolas to head home the clincher, his effort eight minutes from time meaning Roma went through on away goals.

That collapse in Rome should have removed any possibility of complacency when Barca headed to Liverpool boasting a three-goal first-leg advantage.

ALSO READ: Who Should Leave In The Big Barcelona Clear-out

The prize this time was a place in the final but any lessons learned from bitter experience appeared quickly forgotten as the visitors were behind at Anfield within seven minutes.

Divock Origi was the scorer and, after Georginio Wijnaldum netted twice, the Belgian doubled his own tally by capitalising on a quick corner from Trent Alexander-Arnold.

As brilliant as Liverpool were, Barca were abject and, for the second year in a row, had choked on a healthy lead.

A night that Anfield will never forget...

Enjoy UNSEEN footage from Inside Anfield, during our magnificent win over @FCBarcelona. pic.twitter.com/fexlNigyr5

It was hard at times to believe what was unfolding in the Portuguese capital, as one of the most iconic teams in all of sport suffered an absolute humiliation.

The embarrassment was palpable at 4-1 down after little more than half an hour, but the signs that it would likely get worse were there for all to see.

Barca were shambolic while Bayern were anything but, breaking through their opponents at will to score, and score again... and again.

Quique Setien must have been horrified as the tally kept increasing, with records tumbling along the way. It was a dark night indeed for Barca.