World Test Championship winners New Zealand were humbled by Bangladesh at Bay Oval on Wednesday. The result brought to an end NZ's unbeaten streak in their last 17 Tests at home.

The rise of Bangladesh cricket in the past two decades has been one to watch. Time and again the team has proved its mettle against some of the strongest opposition that too at the biggest platforms. Be it India, England or the most recent one, New Zealand, the team that ever takes the Bangla Tigers lightly often pays a price. (More Cricket News)

From becoming an associate ICC member to being granted full membership, Bangladesh’s quality of cricket has only improved over the years. And now, the team doesn’t fear to face any opposition, thanks to its all-round development that has injected in Bangladeshi players a degree of self-belief and massive intent to compete.

In the past two to three decades, Bangladesh have created major upsets by defeating the top teams in the world at crucial junctures. This has played a huge role in their game being recognised seriously by the aficionados of cricket at the global level.

Here is a look at five biggest victories in history of Bangladesh cricket:

Getting an invitation to bat first at the Bay Oval, Mount Maunganui on the very first day of the New Year, never in their wildest of dreams had Tom Latham and company imagined what would follow. A first innings score of 328 seemed to be good enough against a side that was without the likes of Tamim Iqbal and Shakib Al Hasan.

However, the touring Bangladesh team, certainly fed up with the ‘minnows’ tag, posted 458 runs, taking a 130-run first innings lead. In no time, the Devon Conway century lost its impact and what everyone started talking about was of a possible Bangladesh win.

This was not the first time when Bangladesh were close to effecting a major upset, but this time the Bangla Tigers did not flatter to deceive. Spearheaded by their young pace bowler Ebadot Hossain, Bangladesh diligently handed New Zealand an 8-wicket loss to register their first-ever Test win outside Asia.

Pakistan had already qualified for the Super Sixes of the tournament and came to the match against Bangladesh with nothing to lose. Despite that, the Bangla Tigers knew that they had everything to gain from the game and it was a victory over the tournament favourites that they were aiming for.

Batting first, Bangladesh scored 223 runs. For a moment, the target seemed mediocre considering the batting line-up of Pakistan, but early blows from the Bangladeshi bowlers made sure Pakistan could never really make a comeback. Bangladesh won the contest by a comfortable margin of 62 runs.

The fact that Pakistan played the final of the 1999 World Cup made the Bangladesh victory look bigger. 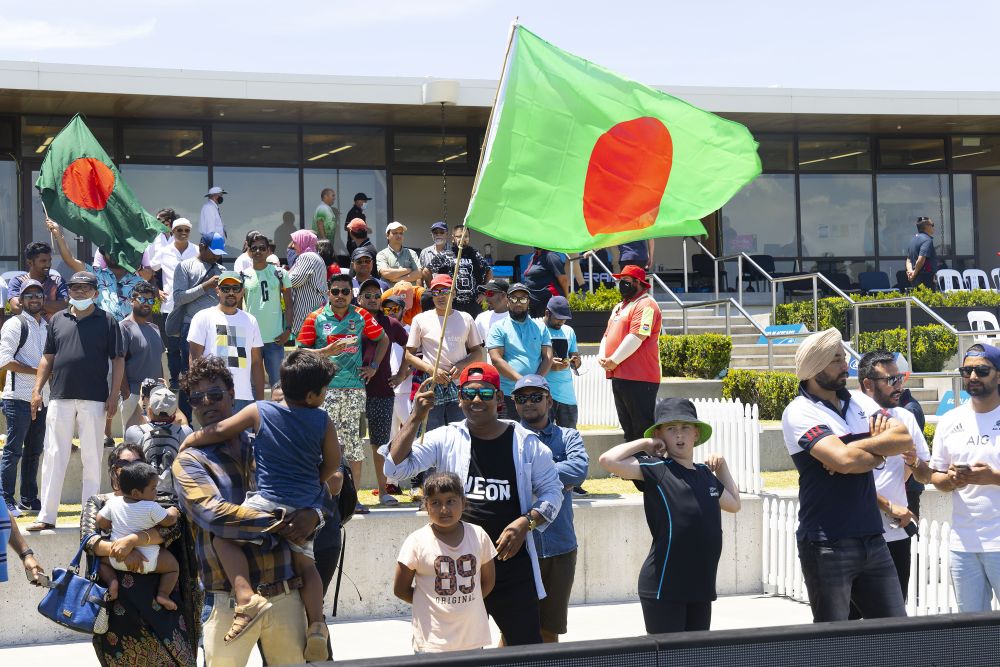 One of the worst World Cup memories for two-time World Cup champions India is their defeat at the hands of Bangladesh in the 2007 World Cup. Everybody was expecting an Indian victory, but credit goes to Bangladesh for bundling out India for an under-par score of 191 and getting over the line with five wickets to spare.

Mashrafe Mortaza was the architect of Bangladesh victory as the pacer returned figures of 4 for 38.

The loss to Bangladesh eventually played a big role in India's early elimination from the tournament as Team Bangladesh advanced to the next stage by registering a comfortable win over Bermuda.

The Bangla Tigers just kept growing in the ranks and their another moment of brilliance came in the 2015 World Cup when they knocked out a quality team like England and entered their first-ever quart-final of the mega event.

In the must-win game at Adelaide Oval, England elected to bowl first. Bangladesh lost their openers way too early but Mahmudullah’s promising 103 ensured they had something on the board to fight.

In return, a collective effort from Bangladesh bowlers kept England short of the target by a slender margin. Nonetheless, even the 15-run win was enough to provide Bangladesh a ticket for the quarter-finals.

After failing to cross the finishing line by a bare margin of 22 runs in the first Test, Bangladesh knew that their first-ever Test win over England wasn’t too far away. They didn’t extent their eagerness any longer and handed the Three Lions a 108-run defeat in the second and final Test of the series.

Mehidy Hasan Miraz (6/82 and 6/77) was the star of the game as Bangladesh managed to clinch the match despite a 24-run deficit in the first innings. Chasing a target of 273 runs, England openers Alastair Cook and Ben Duckett added 100 runs for the opening wicket but once Mehidy Hasan Miraz opened the floodgates by dismissing Duckett, there was no looking back for Bangladesh.