It was a memorable day for world number four Daniil Medvedev, who will face either Rafael Nadal or Stefanos Tsitsipas in the semi-finals 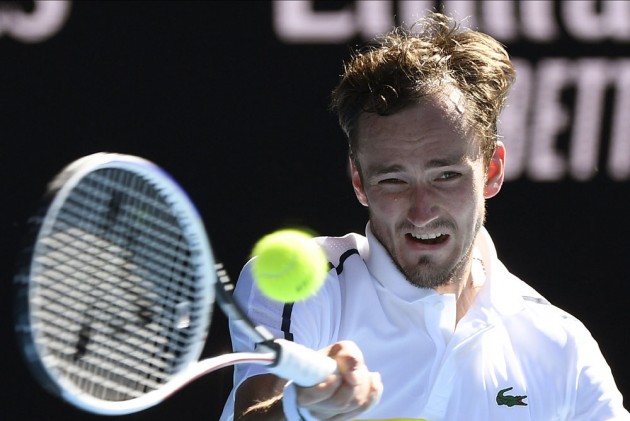 Medvedev starred in the Melbourne heat as countryman Rublev faded, winning 7-5 6-3 6-2 on Wednesday to reach his third grand slam semi-final, equalling Alex Metreveli for third place on the Open Era list for most major semis by a Russian man.

Medvedev and Rublev were meeting for the fourth time on the ATP Tour – their second in a grand slam quarter-final, with the former winning all previous meetings in straight sets.

WARNING @DaniilMedwed is through to the final and looking dangerous #AusOpen | #AO2021 pic.twitter.com/qpcZ15jMTr

Runner-up at the 2019 US Open, Medvedev had a glimpse on Rublev's serve before breaking in the sixth game for a 4-2 lead, only to hand the break straight back to his countryman.

The tense battle continued behind closed doors on Rod Laver Arena as a tie-break loomed large, until Medvedev closed out the 46-minute set on Rublev's serve.

It was a similar theme in the second set, with little separating the two Russian hopefuls under the warm Melbourne sun.

Rublev, who won five ATP Tour titles last year – more than any other player, while earning a joint-best 41 wins in 2020 alongside world number one Novak Djokovic, continued to take the match to Medvedev.

Three break-point chances came Rublev's way in the seventh game, but he was unable to convert and Medvedev made him pay as the world number four broke the very next game before earning a two-sets-to-love lead.

Rublev – eyeing his first slam semi – deteriorated in the warm conditions, often hunched over between points while trying to keep cool in the shade, as Medvedev cruised.

Data Slam: Medvedev extends streak
There is no stopping Medvedev at the moment after he extended his winning streak to 19 matches, already a career-best run – dating back to the Vienna Open last October.