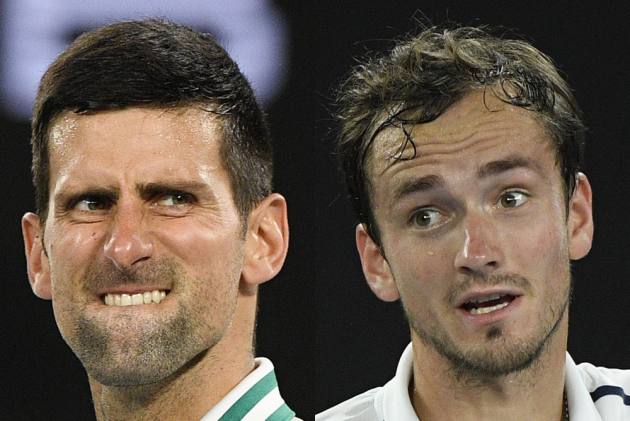 It is an intergenerational showdown — Serbia's Djokovic turns 34 in May; Russia's Medvedev just turned 25 — and another in the simmering standoff between the Big Three and the next wave of up-and-coming players hoping to supplant the group that has dominated for more than 15 years. Federer, Nadal and Djokovic have combined to win 14 of the past 15 majors (Dominic Thiem at last year's US Open was the exception), and 57 of the last 69.

Here's part of what makes this final intriguing: It pits one of the greatest ever to play the sport, and at a site he's dominated, against a player who currently is playing better than anyone in men's tennis. The No. 1-seeeded Djokovic is 17-0 in the Australian Open semifinals and finals, making him nearly as much of a lock on the blue hard courts of Melbourne Park as Nadal is on the red clay courts of Roland Garros.

"The more I win, the better I feel coming back each year," Djokovic said. "I think it's kind of also logical to expect that. The love affair keeps going."

No. 5 Medvedev, meanwhile, is on a 20-match winning streak dating to last season, a run that features 12 victories against members of the Top 10 (one against Djokovic). He became the 25th man in the Open Era to record a Tour-level winning streak of 20 matches. He is the sixth active player to manage the feat, joining Djokovic, Federer, Nadal, Andy Murray and Juan Martin del Potro. Of his 20 victories, 12 have come against top-10 players, including Djokovic. Since November, Medvedev has beaten every other member of the top 10 except Federer, who has been out of action.

When and where to watch the Australian Open 2021, men's singles final live in India and other details: