Australia have named youngsters Will Pucovski and Cameron Green in a 17-member Test squad for their upcoming series against India, starting December 17 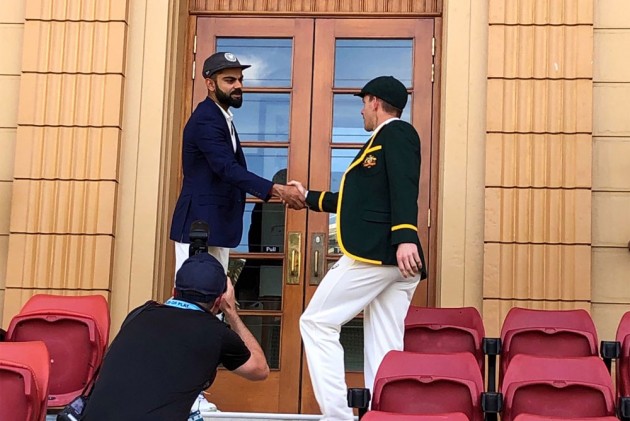 The prodigiously talented pair of Will Pucovski and Cameroon Green were among five uncapped players picked Thursday in a 17-member Australian Test squad for the big-ticket four-match series against India, starting December 17. (More Cricket News)

The other uncapped Test players in the Tim Paine-led side are fast bowler Sean Abbott -- whose bouncer had accidentally hit Phil Hughes during a Sheffield Shield game in 2014, leading to his tragic death -- leg-spinner Mitchell Swepson and all-rounder Michael Neser.

All the players who are yet to wear the Baggy Green have been called on the back of extraordinary performances in the domestic circuit in recent times, Cricket Australia said.

"Two of those many standout players were of course Cameron Green and Will Pucovski," Hohns said in a statement.

Each of these players, though, has represented Australia in other formats.

Up against a strong Indian line-up and seeking to regain the Border-Gavaskar Trophy they lost for the first time in 2018-19, the fresh faces in the Australian Test squad will join the seasoned stars who dominated their most recent Test series' -- against Pakistan and New Zealand at home.

The performance took the team to the top of the world rankings before the COVID-19 pandemic hit.

The limited overs leg, which will comprise three ODIs and as many T20Is, will be held prior to the Test series, starting November 27.

The selectors also named a 19-member Australia A squad, which includes nine members from the Test team, for tour matches against India.

In recent times, past Australian greats have called for Pucovski's selection in the team following his fine run in domestic cricket -- the 22-year-old struck successive double centuries in his two Shield appearances.

His inclusion sets up a competition with fellow opener Joe Burns, who is feeling the heat after a disastrous start to the first-class summer.

In all likelihood, Pucovski will partner the seasoned David Warner at the top.

"Their undeniable form demanded selection and we are very pleased to have these young men in the squad for what will be a tremendous Test Series against an extremely formidable opponent," Hohns said.

"Cameron has already won selection in the white-ball squad and continues that in joining the Test squad. He is a wonderful young talent who has great potential to become an allrounder of substance over time. His batting alone has demanded his place in the squad."

Pucovski has been in stunning form in the opening rounds of the Shield games, amassing 495 runs at an unbelievable average of 247.50 in his two matches.

"His ability to show such patience is something which stands him in good stead for Test cricket and he is in rare company with two double centuries to start the summer.

"We very much look forward to Will developing further on the international stage," Hohns said.