Mohammed Siraj and Shardul Thakur shared nine wickets between them as India dismissed Australia for 294 in their second innings. India need another 324 more runs 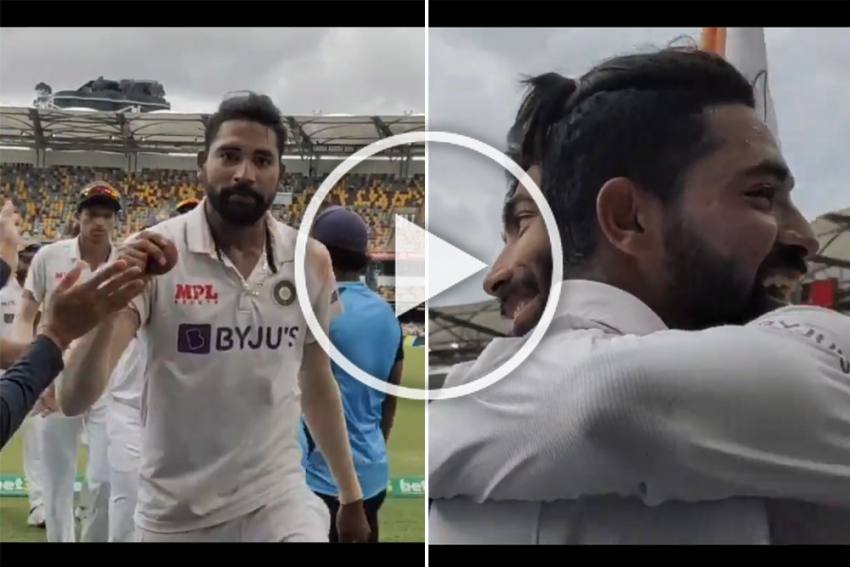 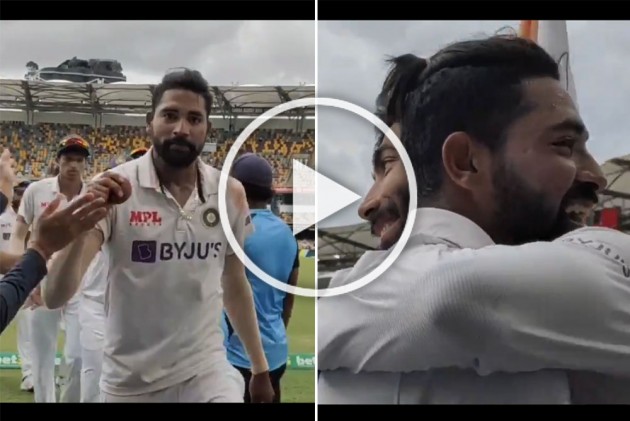 Leading Indian bowling attack in the absence of senior pros, Mohammed Siraj got a deserved five-wicket haul in Australia's second innings of the series-deciding fourth Test match at The Gabba, Brisbane Monday.

Siraj, playing in his third Test, registered figures of 5/73 in 19.5 overs and was in fact fighting for the last Australia wicket with debutant Shardul Thakur (4/61), who was also vying for his maiden five-for. And as it turned out, it was Thakur who helped Siraj complete a five-wicket haul -- by taking a catch to dismiss Josh Hazlewood.

After the end of Aussie innings, Siraj was accorded a standing ovation and Jasprit Bumrah gave him a warm hug. Watch it here:

At stumps, Rohit Sharma (4) and Shubman Gill (0) were at the crease with India still needing 324 when rain caused the halt.

After capturing four and three wickets respectively in the first two sessions, Indian bowlers, led by Siraj and Thakur, returned to pick up the remaining three wickets after tea.

Steve Smith was the top batsman for Australia as he scored an attacking 55, while opener David Warner hit 48 at the top.

The series is currently locked 1-1 after India's remarkable eight-wicket comeback win in the Melbourne Test and a memorable draw in the third Test at Sydney.

Australia 1st innings: 369 all out