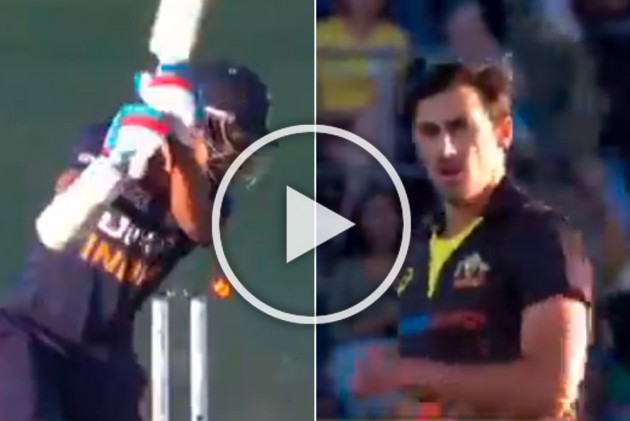 India got off to a disastrous start in the first of three T20I matches against Australia at Manuka Oval, Canberra on Friday with opener Shikhar Dhawan lasting just six balls.

Australia captain Aaron Finch won the toss and put India in to bat first. Dhawan, opening with KL Rahul, was bowled by a brilliant yorker from Mitchell Starc in the second over.

Dhawan, who returned with the second-most runs in the Indian Premier League (IPL) behind Rahul, tried to drive the fifth ball of the over to off-side, but the ball swung away and uprooted the off-stump.

The left-handed opener made just one off six balls.

India then lost skipper Kohli leg-spinner Mitchell Swepson in the seventh over, to leave India struggling at 51/2.

Australia had won the three-match ODI series 2-1. The T20Is will be followed by the big-ticket Border-Gavaskar Trophy series, featuring four Test matches.