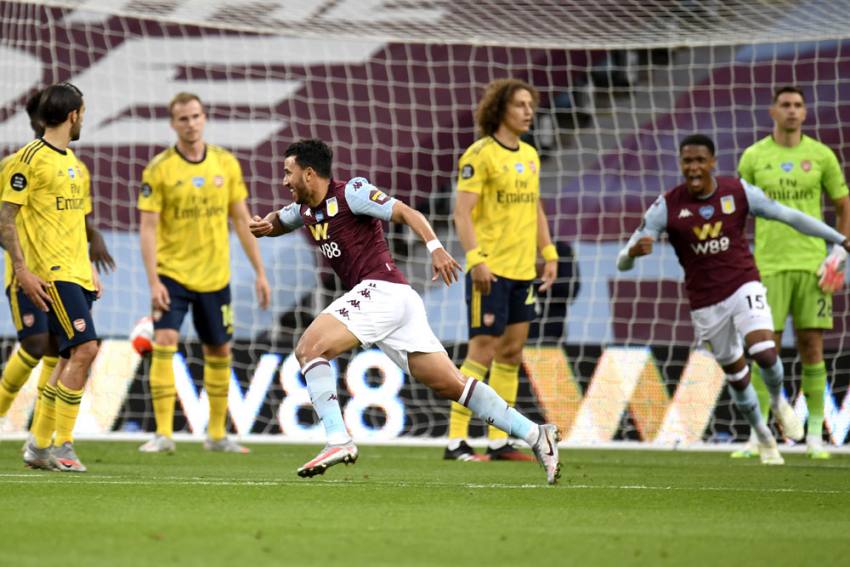 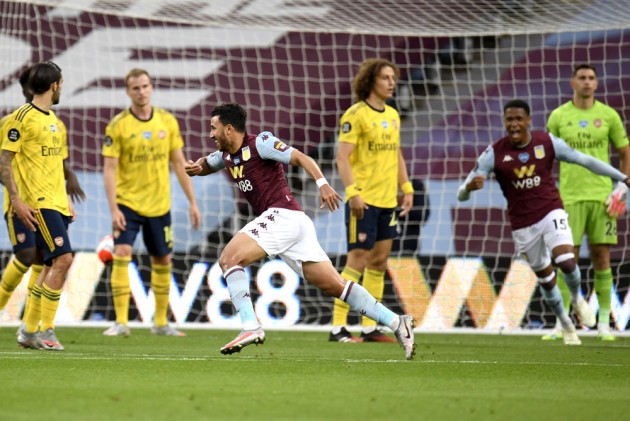 Aston Villa climbed out of the Premier League's relegation zone with just one game remaining thanks to a 1-0 home win over Arsenal, ending the Gunners' slim hopes of a top-seven finish.  (More Football News)

Villa - who had been in the bottom three since before the season's March suspension - were faced with opponents invigorated by consecutive wins over Liverpool and Manchester City in the league and FA Cup respectively.

But Dean Smith's men were boosted ahead of kick-off as City's comprehensive win at Watford significantly dented their fellow strugglers' goal difference.

Victory by just a single goal would, therefore, take Villa above Watford at this crucial stage of the campaign - and Trezeguet's third strike in three matches - a rare unbeaten stretch - provided just that.

Not until the 27th minute did either side enjoy a sight of goal, but the Villa winger took that first chance when it finally came.

A corner skipped through the Arsenal box to reach the right boot of Trezeguet, who thumped a fine low finish past Emiliano Martinez.

Jack Grealish advanced from halfway to send a fierce effort just past the top-right corner shortly before half-time, while Arsenal openings remained scarce.

Mikel Arteta's men needed three points to maintain an unlikely bid for European qualification through the league, so a response after the restart seemed inevitable.

However, there was little improvement in the visiting ranks as Villa instead passed up a huge opportunity to double their advantage, substitute Keinan Davis wastefully lashing wide.

Eddie Nketiah sought to punish that miss and came agonisingly close to a leveller, heading against the post before the ball dropped into Pepe Reina's arms.

Arsenal ultimately would not muster a single shot on target, only Martinez's save denying John McGinn as Villa put their top-flight status into their own hands heading into Sunday's final day.

What does it mean? Agony to ecstasy - and vice versa

The concession of a late equaliser to Everton's ex-Arsenal man Theo Walcott felt a mammoth blow to Villa last Thursday, but they maintained an upturn in form here and thoroughly deserved a vital win.

Arsenal, by contrast, came back down to earth with a bump after two surprising results in their favour. The FA Cup now offers their only route into the Europa League.

Grealish was widely expected to be the man most likely to pull Villa clear of danger when the season resumed, but he has not recorded a single goal or assist since.

Thankfully for Villa, Trezeguet has suddenly come to the fore. The Egyptian now has as many goals in his past three Premier League games as in his previous 30.

Arsenal have now conceded a remarkable 21 of their 46 Premier League goals against this season from set-piece situations. They looked nervy each time Conor Hourihane stood over a corner.

The goal was especially sloppy as Pierre-Emerick Aubameyang switched off and was beaten to a near-post flick by Tyrone Mings before Trezeguet netted.

Villa may yet need a result at West Ham on the final day. They will certainly hope Arsenal are much improved as the Gunners host Watford.