Stuart Broad had David Warner caught at third slip by Rory Burns off the fourth ball of the seventh over, thus becoming the sixth bowler to dismiss a batsman seven times in a series 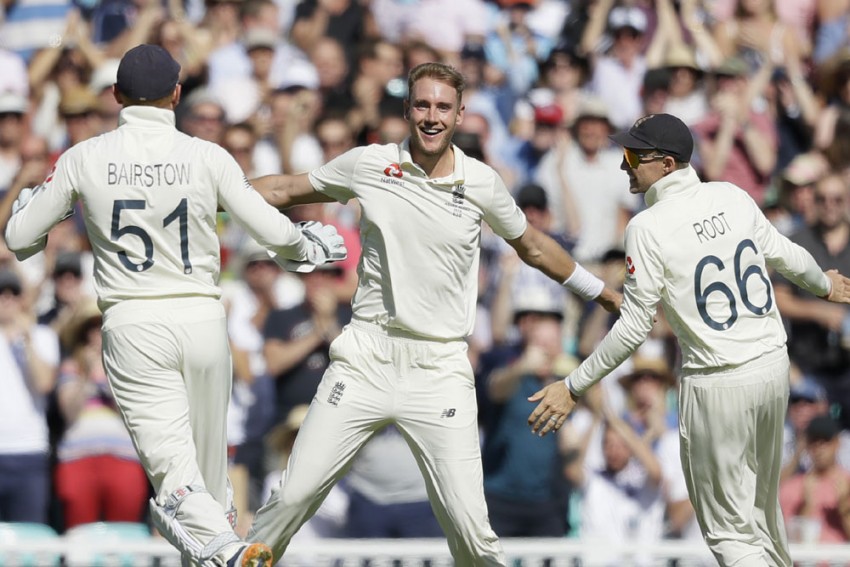 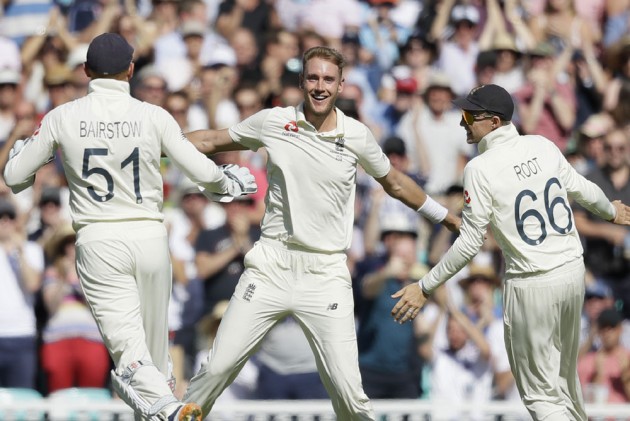 England pace spear-head Stuart Broad on Sunday joined an exclusive club of bowlers who have dismissed a batsman seven times in a series after dismissing Australia opener David Warner early on Day 4 of the fifth and final Ashes 2019 Test at The Oval, London.

In the absence of James Anderson, Broad and Jofra Archer are leading England's bowling attack. He has taken 21 wickets, one less than what his new-ball partner has got. Aussie Pat Cummins is, however, the leading wicket wicket-taker with 29 scalps, followed by the England pair.

Broad has 465 wickets in 132 Tests and is England's second most successful bowler in the format, behind Anderson (575).

England were dismissed for 329 in their second innings after resuming on 313/8 on Sunday, with Jofra Archer and Jack Leach falling to Pat Cummins and Nathan Lyon respectively. Stuart Broad, who hit Cummins for two sixes in an over, was left stranded on 12.

Trailing 1-2 in the series, England must win the match to level the series even though they have already lost to right to earn the urn after losing the fourth Test.

They set a 399-run target for the Aussies.