A patient Australian side beat England by 185 runs to win the fourth Ashes Test at Old Trafford, Manchester on Sunday and retain the urn. Catch live highlights and cricket score of ENG vs AUS here 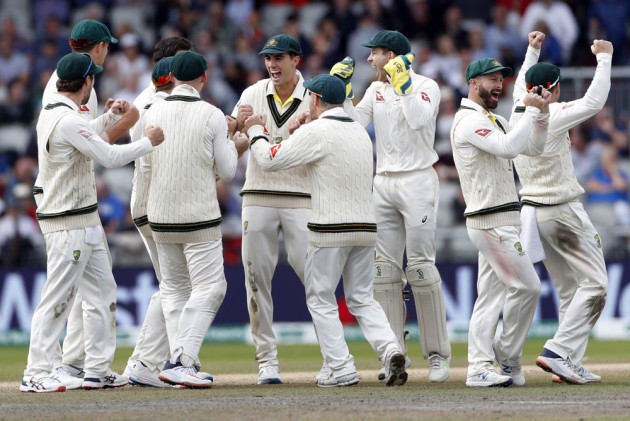 Steve Smith-powered Australia retained the Ashes after moving 2-1 up in the series with one game to play following their 185-run win over England in the fourth Test at Old Trafford on Sunday. The tourists regained the urn in 2017 and will head to The Oval knowing it will remain in their hands irrespective of what happens in London. England started day five on 18/2, requiring a further 365 runs to win but, more realistically, knowing they had to bat out three sessions to keep their hopes alive. They lost two wickets in each of the first two sessions and the tail could not keep out an Australia attack led by Pat Cummins, who took 4-43, as Australia sealed victory with under an hour remaining. Joe Denly top-scored with 53 for an England side likely to undergo major surgery before the tour to New Zealand later this year. The match will be remembered for Smith's batting exploits. Making his comeback after a concussion-induced lay-off, the former Aussie hit 211 in the first innings, then almost scored another hundred in the second essay. In a fiercely contested match, his knocks proved the difference.  And huge feat for Tim Paine. He became the first Australian captain to bring the urn home from England since Steve Waugh in 2001.

Here's the premise to the final day:

Australia edged closer to a victory in the fourth Ashes Test against England, with an aim to retain the urn. The match is being played at Old Trafford. Towards the end of Day 4, England were reduced to 18/2 at stumps, requiring another 365 runs. Pat Cummins dismissed Rory Burns and Joe Root off successive deliveries to give the visitors an advantage. Currently, Joe Denly (10) and Jason Roy (8) are the unbeaten batsmen. During Australia's innings, Steve Smith shone once again, missing out on another century by only 18 runs. Going into Day 5, the hosts require some inspiration to stage a comeback.

Catch highlights and cricket score of the England vs Australia match here: