The flaws of both teams – England and Australia – have contributed to the undulating drama of the Ashes 2019 series every bit as much as individual brilliance on each side. Here's a look at the issues facing by both the sides ahead of all-important fourth Test at Old Trafford, Manchester 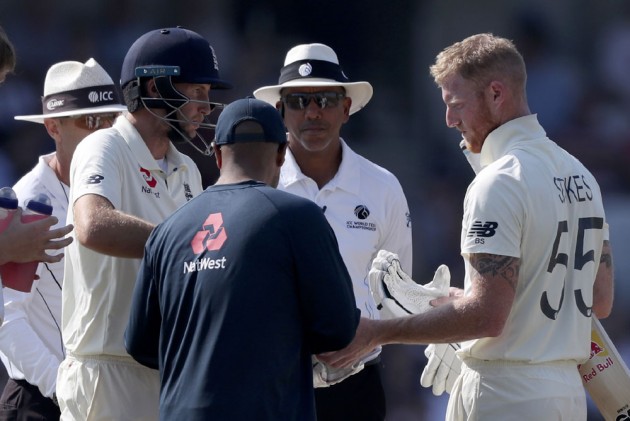 Ben Stokes' remarkable heroics at Headingley mean the Ashes series is all square at 1-1 with two to play.

But beyond what can reasonably be considered among the greatest Test innings of all time in one of the most remarkable finales in the history of cricket's longest format, there is plenty for England and Australia to consider.

The flaws of both teams have contributed to the undulating drama of this series every bit as much as individual brilliance on each side.

Before they reconvene at Old Trafford next week, here are some selection quandaries England and Australia must ponder.

A superhero in whites...
He didn't do badly, did he @BeefyBotham? #Ashes pic.twitter.com/aInoIIeRDI

While Stokes has transferred his golden Cricket World Cup form to the Test format, the punt on white-ball specialist Jason Roy bringing his talents to bear at the top of the England order has failed to come off.

A best of 28 has been followed by four consecutive failures to reach double figures, with muddled footwork and a lost off stump making it seem cruel to ask Roy to keep on facing the new ball. Dropping into the middle order, with Joe Denly promoted to open, is one option, though a spell out of the side feels kinder right now.

Should England want to bring in a new face alongside Rory Burns, Warwickshire's Dominic Sibley is the leading option thanks to three centuries and four fifties in the County Championship this season.

Over the course of three Tests, Jos Buttler has edged down from five to seven in the England order. A gutsy second-innings 31 at Lord's is his only effort to recommend among a string of single-figure scores, even if he could do little about being run out by Headingley hero Stokes.

Surrey's Ollie Pope thumped an unbeaten double century against Hampshire earlier this month and looks ripe for a recall to the middle order in place of either Roy or Buttler.

Chris Woakes has become increasingly peripheral with the ball and Australia have nullified his all-round capabilities with short-pitched assaults. The identity of England's third seamer looks likely to change at Old Trafford.

James Anderson would love to feature at his home ground but must do more to prove his fitness in an outing with Lancashire's second XI this week.

Sam Curran would provide left-arm variety and accomplished batting from number eight in the order, yet may once again miss out on selection.

Smith in for who?

Steve Smith could return from his concussion-enforced absence and the tourists are not short of candidates to make way.

Usman Khawaja is without a half-century in the series and his airy 23 during the second innings at Headingley stood as a jarring counterpoint to Marnus Labuschagne's application.

Travis Head and Matthew Wade might also need to help their cause in this week's tour match at Derbyshire.

Starc in for who?

Mitchell Starc has been a spectator so far but could be drafted into the XI to bowl on an Old Trafford surface well-suited to his talents.

The left-arm paceman's relative inability to bowl "dry" means he is an uneasy fit with Australia's overall gameplan, but his expertise against the tail would have been a huge asset in Leeds.

Taking out any seamer involved in rolling England for a first-innings 67 would be harsh, but James Pattinson would appear the most vulnerable.

If someone had told me Mitchell Starc wouldn’t bowl a ball in these Ashes I would have laughed at them... perhaps there is less reverse swing in England?

Marsh an option to bolster attack

For the first time in the series, Australia's four-man attack looked tired as they wilted in the Headingley heat.

The lack of top-six batsmen emphatically stating their case could open the door to Mitchell Marsh. The all-rounder hit two centuries in the last Ashes series in Australia and his right-arm seam would ease the load on a supreme but now-wounded bowling unit.